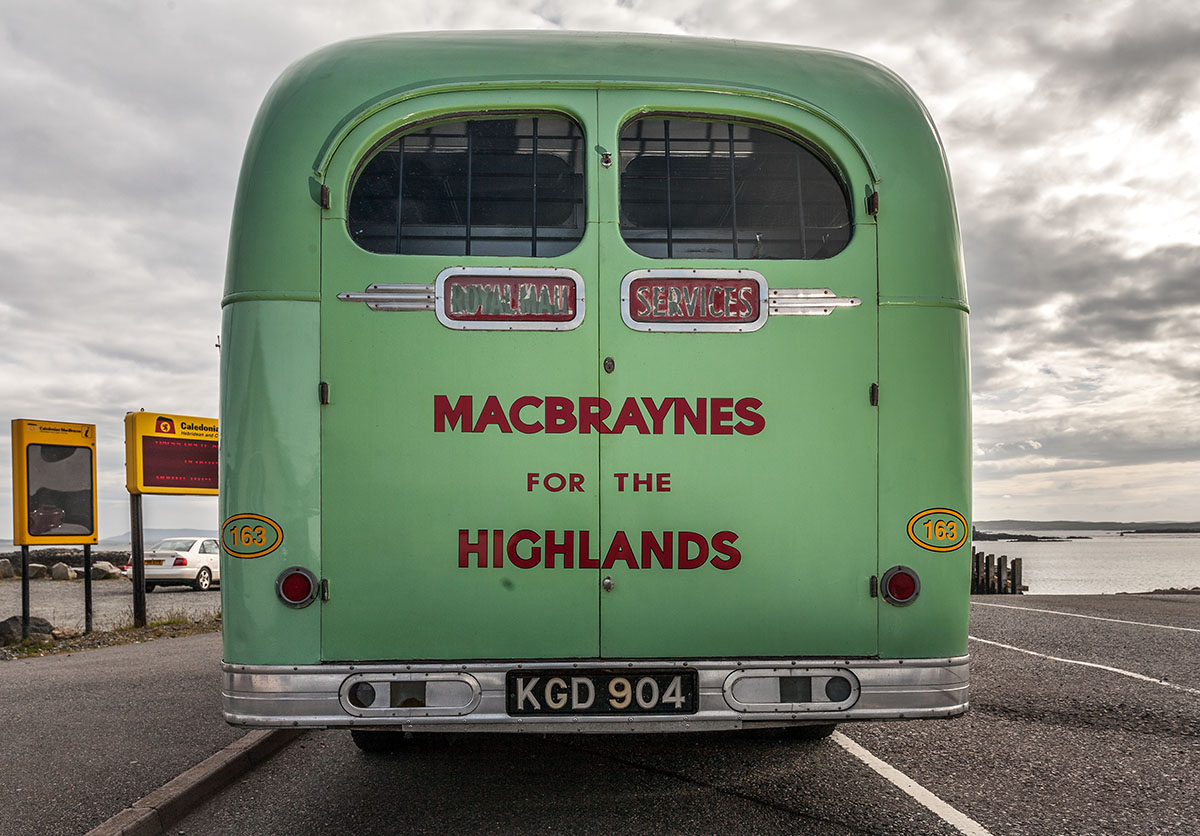 I spotted this vintage bus parked up on Leverburgh Pier recently. It was en-route from its home in Howmore, South Uist, to attend a wedding at Scarista Golf Club on the Isle of Harris.

Owner of the bus, Donnie Macdonald, told me it was a 1952 Bedford OLAZ, with bodywork by Duple. It’s powered by a 28hp engine! Donnie’s well used to people taking photos of his pride and joy. Fortunately he didn’t seem to mind when I asked if I could climb aboard for a few shots of the interior.

Fooling around will not be tolerated:

At this point, Donnie had to set off to collect the wedding party. Later in the day, the bus returned to Leverburgh and joined the queue for the last ferry back to Uist. I grabbed the camera again, hoping to get a few decent shots of it set against the Sound of Harris. By the time I got there, the bus was parked in a queue behind other ferry traffic, making it awkward to get the scenic pier-side shot I had in mind. I got a shot of the back of the bus  instead (the one at the top of the page).

Although it was fairly cloudy at the time, this viewpoint had me shooting towards the sun and an extremely bright sky. To darken the sky, I deliberately underexposed the shot, which in turn made the rear of the bus disappear into the shadows. Fortunately I had a flash unit with me. I held the flash in my outstretched left hand (on camera flash rarely gives a decent result), triggered by wireless transmitter and receiver units. This boosted light levels on the bus while dialing down the brightness of the sky. Not a bad result for a spur of the moment occasion.