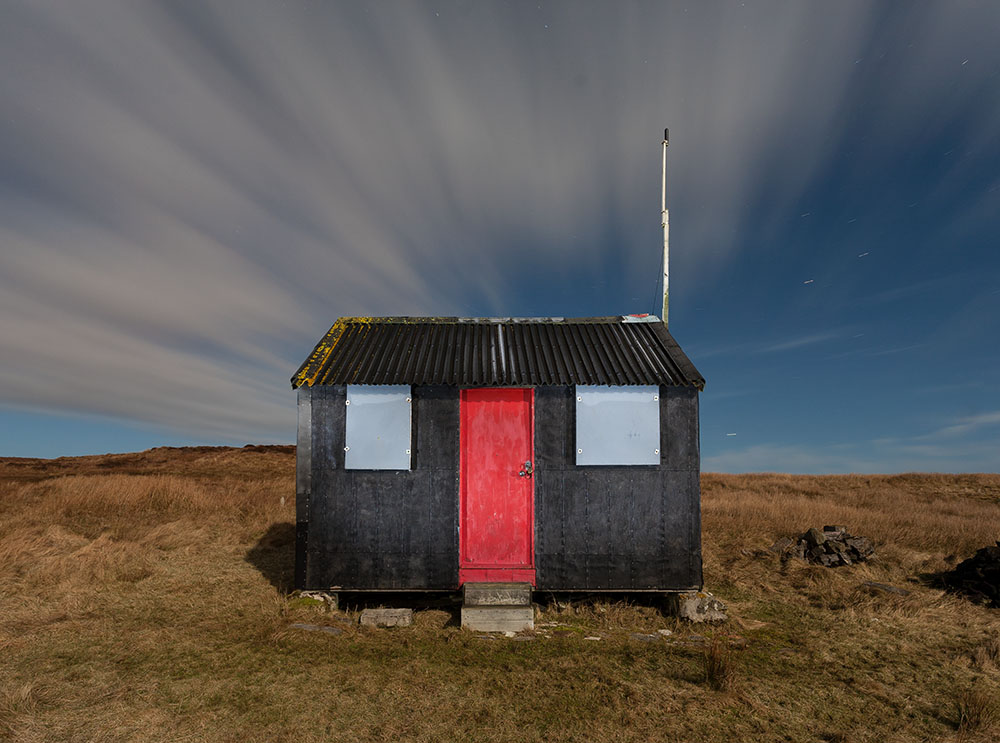 I was hoping for a break in the weather during last month’s full moon (Feb 2011), so I could travel north to Ness again following the previous month’s visit. The plan was to find the shielings at Cuishader. I’d seen several daytime shots of these great little buildings and was keen to give them my night photo treatment. Thursday 17th, the night before the full moon looked the safest bet for the week. The forecast was for clear skies through to 3am. It didn’t quite work out that way……..

I was in Stornoway that afternoon helping setup the ‘Muscle: Anatomy of a Racing Engine‘ exhibition at An Lanntair, so I was already over halfway there from my home in Harris. Following a fish supper c/o Church Street chippy, it’s a trek across across Barvas Moor and then north through Balantrushal, Shader, Borve, Galson, Dell, Swainbost and Habost before turning right at Lionel, past Adabrock and on to Skigersta. Road Trip! 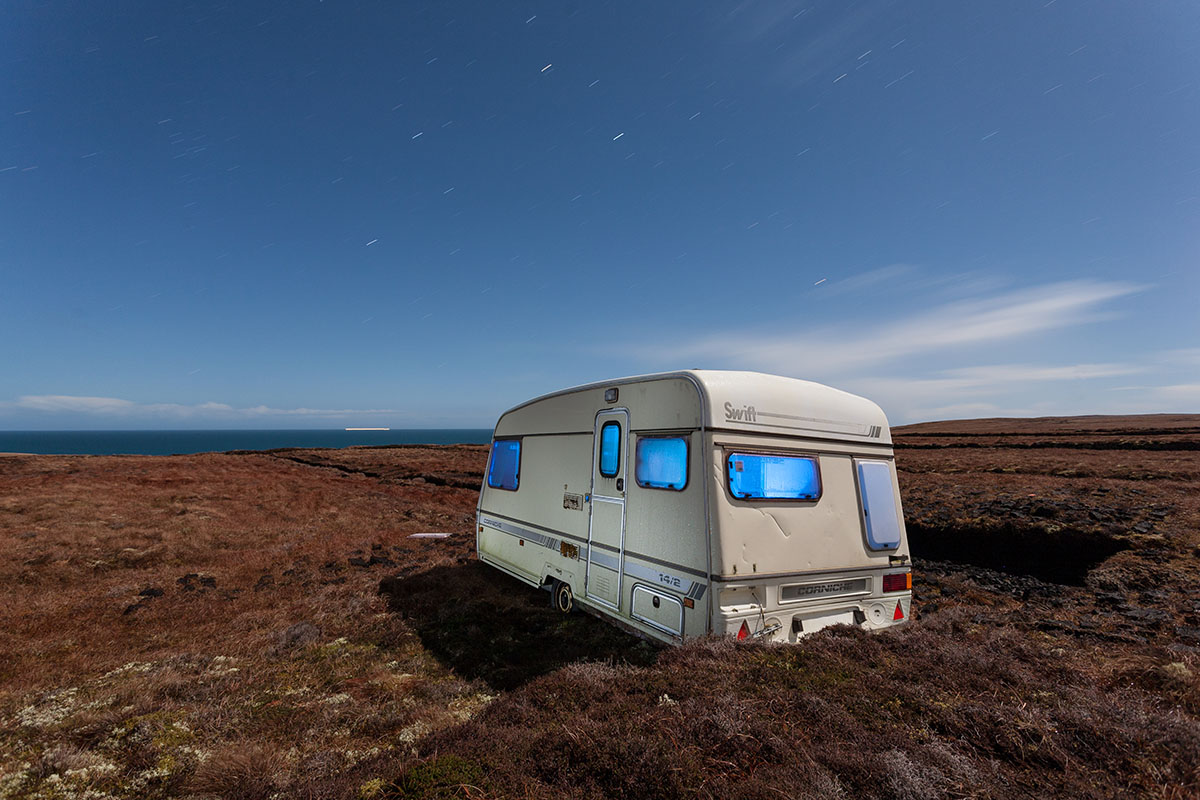 Eventually I reached a  cattle grid, beyond which lies a rough track. Driveable but only with extreme caution! About a mile later I could see the caravan I’d photographed the previous month.

Another mile further on and I came across the first shieling of the night – right beside the road on the left hand side. But over to the right is where the main batch of shielings lie. It was just after 9pm. Potentially I had well over 6 hours of shooting time available. Surely more than enough to capture a decent number of these weird little buildings?

Close to the road there are a number of ramshackle constructions. An old coach has been turned into makeshift accommodation. Not very pretty so I gave it a miss and walked further out into the peat bog. As soon as I set up the tripod for the first shot of the night, cloud moved in and obscured the moon. I waited around 15 minutes for it to clear to get the shot. 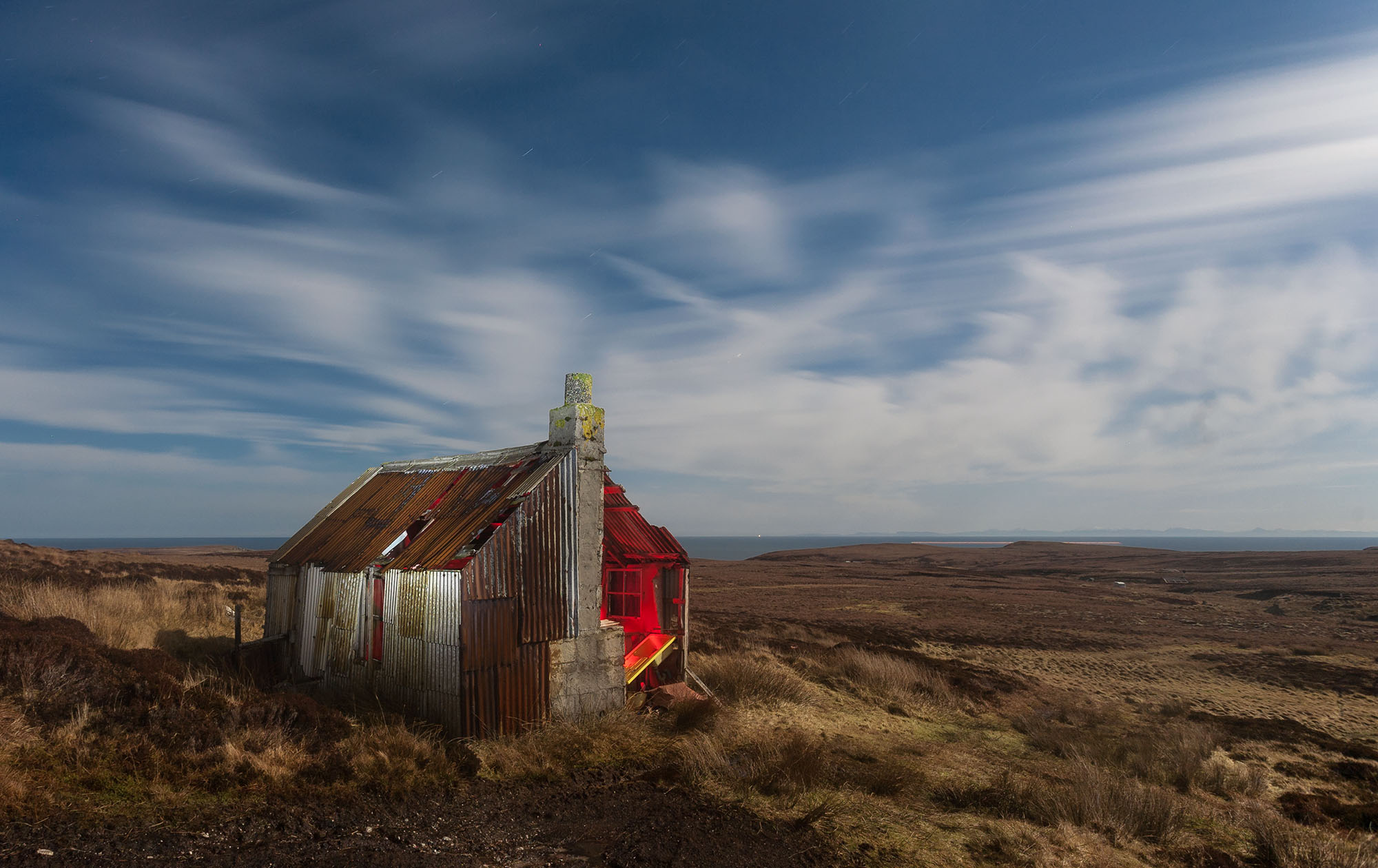 Each time I found a building I wanted to shoot, I could see the outline of another in the distance. Walking further and further away from the road and into what seemed like deeper and deeper swamp land, it suddenly occurred to me this was not the best place to get into trouble…. miles from anywhere, often up to my knees in the middle of a peat bog, in the middle of the night!

Around 11pm the clouds rolled in thick and fast with absolutely no sign of it clearing up. Time to head back. I’d walked further than I thought. Navigating back to the track was tricky now the bright moonlight that showed me the way out had largely subsided. Handheld GPS might be a wise purchase for future visits!

Here’s my favourite of the night. The door was unlocked so I was able to light the interior with a yellow gel placed over my LED torch. Almost keeled over backwards when my right foot went through the wooden pallet doorstep! 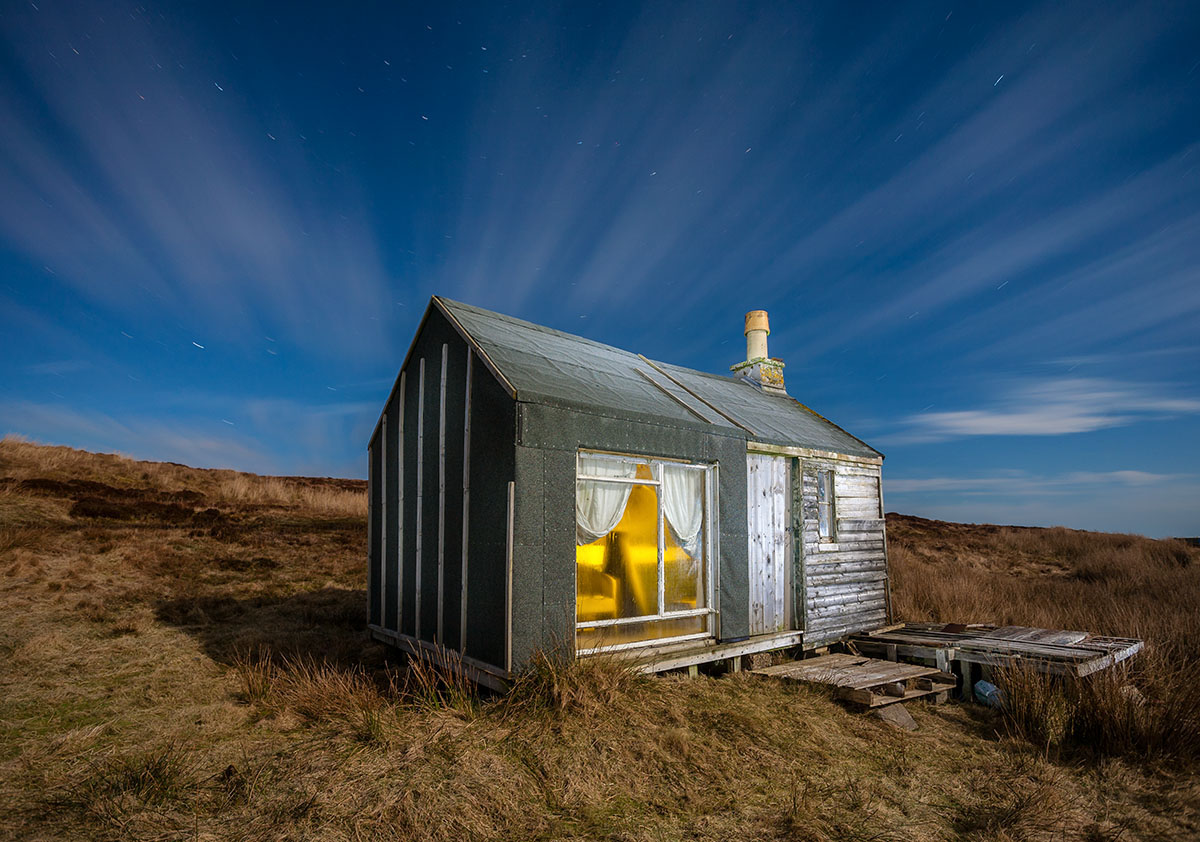 I got a couple more before cloud stopped play… 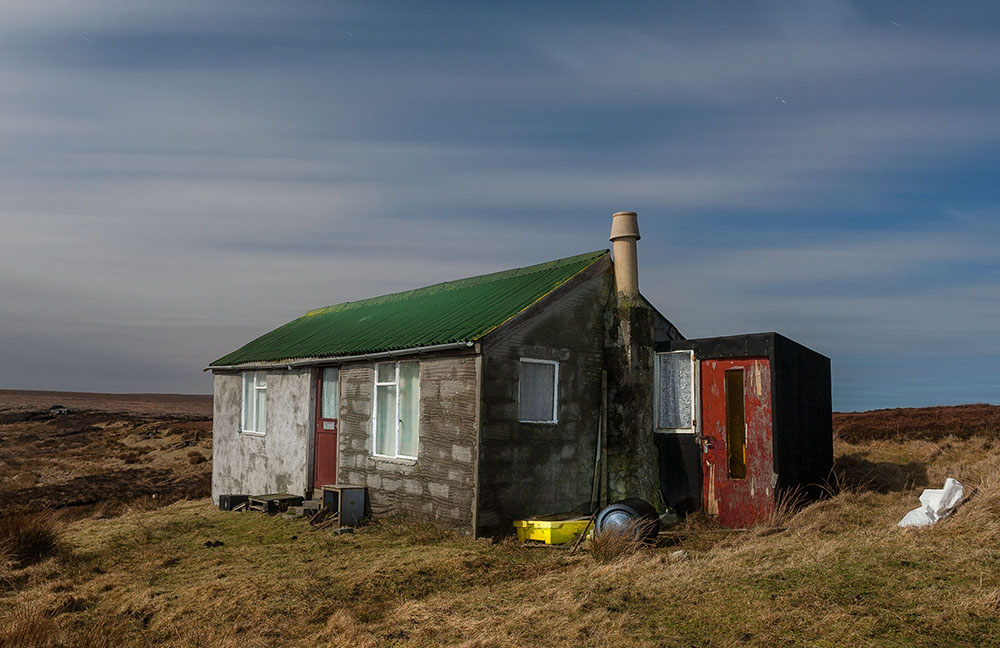 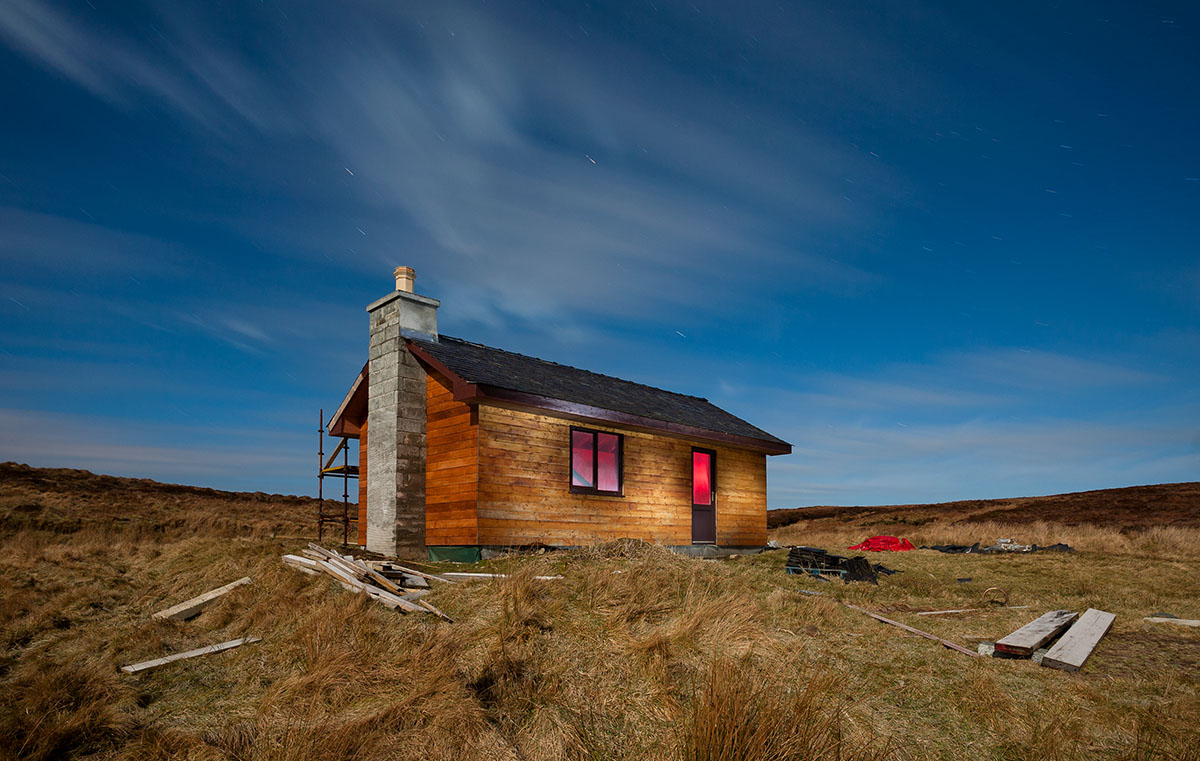