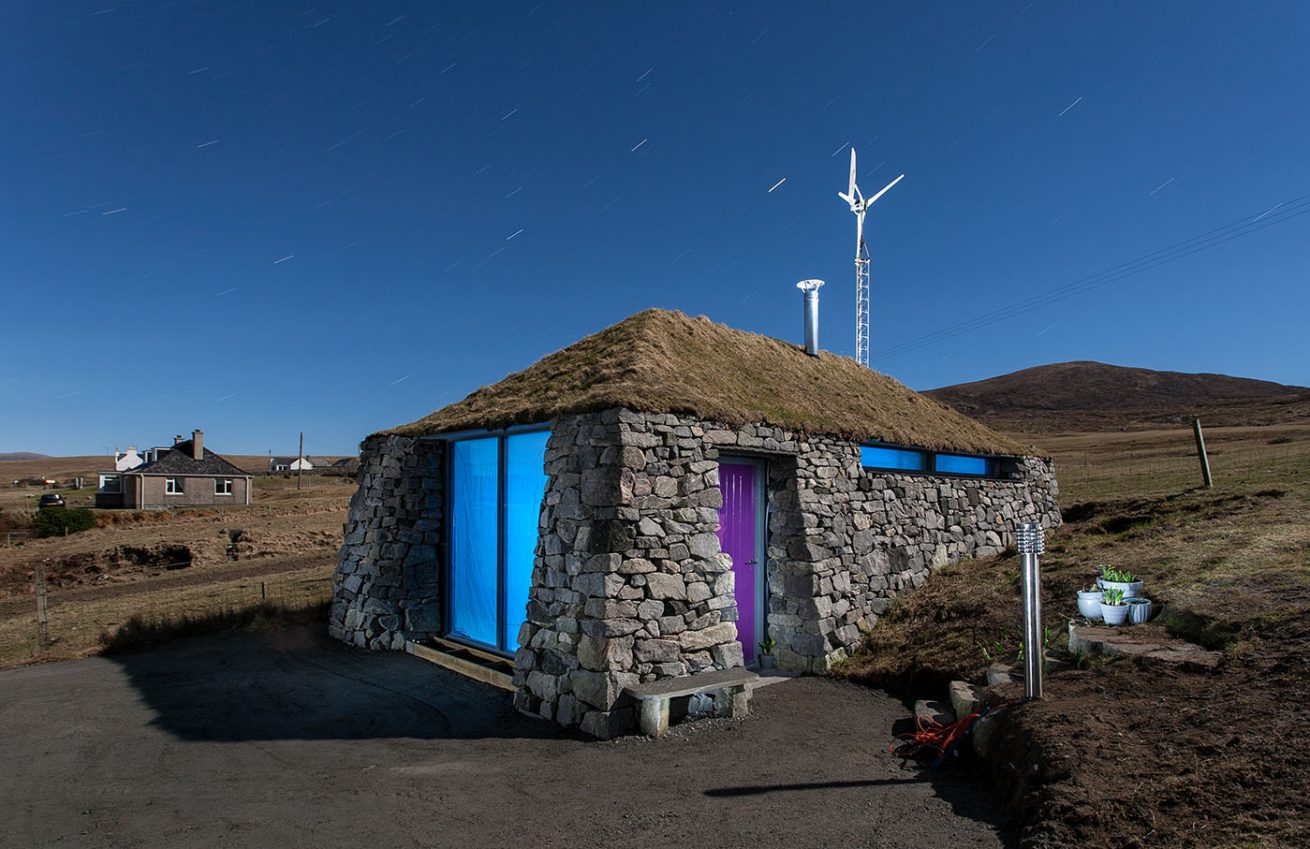 Small but perfectly formed, La’al Bothy, on the Isle of Harris will be available to rent as self-catering holiday accommodation in time for the summer months. The compact residence has been designed and built by Alan and Ellen McDougall, next to their house in Scarista, on the west coast of Harris. The building was originally intended to serve duty as a garage and storage space. Plans changed and it’s now nearing the end of its transformation into a cleverly designed, compact, eco holiday cottage.

Ellen contacted me a few weeks ago, requesting a few photographs of La’al Bothy suitable for use on their forthcoming website and other publicity material associated with the cottage. She was keen to have something along the same lines as the night photo I took of their own house back in September 2010: 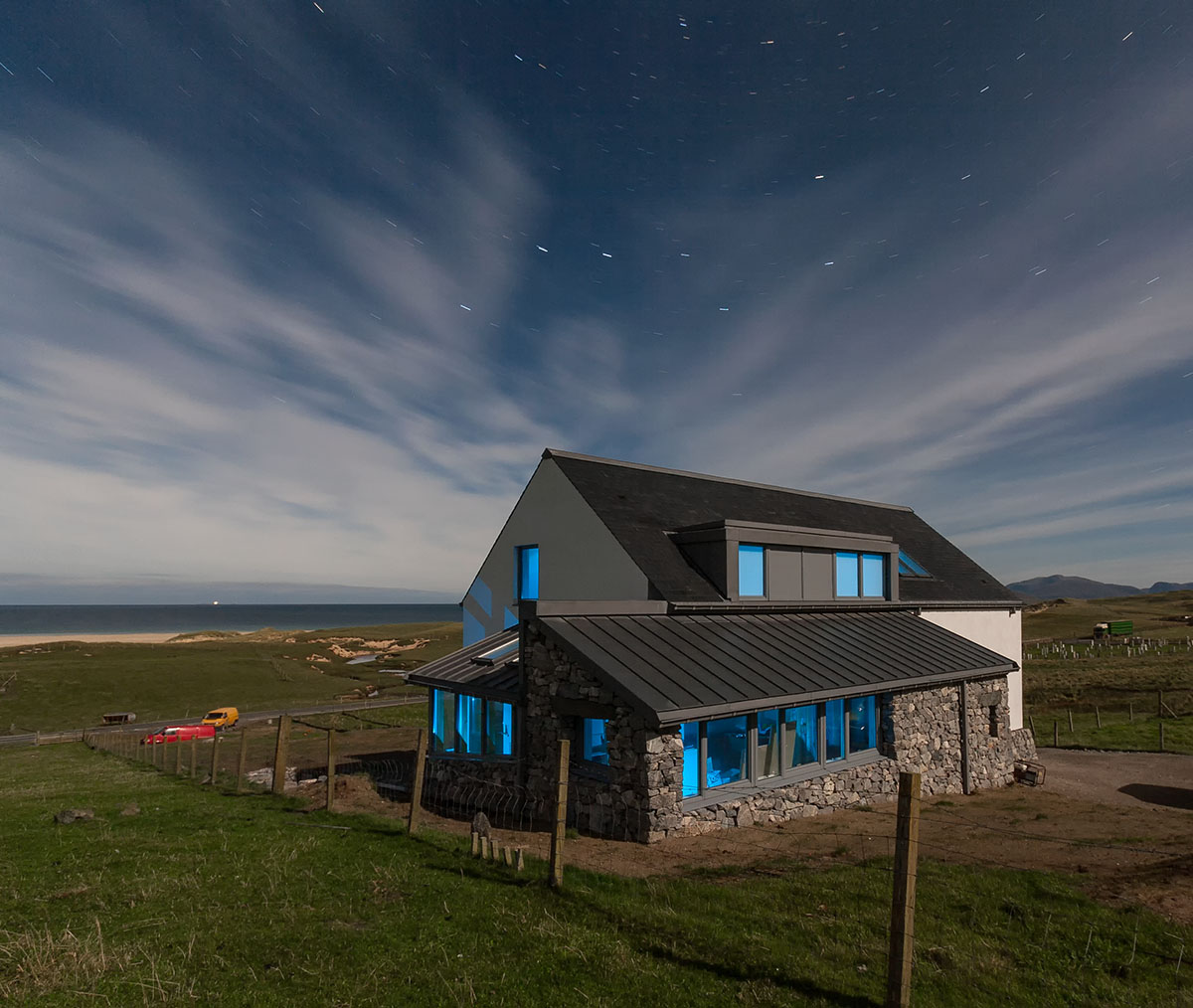 The photo above was taken while their house was still in the process of being built. It made an interesting change for me to shoot a brand new building instead of the decaying and abandoned ruins that were my usual fare. I’m not sure Ellen was too happy with the title I gave it: ‘Future Ruin’. 😉

Going back to the La’al Bothy photo-shoot… I find it very difficult to come up with an interesting shot of black house style buildings, especially when they also feature a turf roof – they blend so well into their surroundings, almost losing themselves in the landscape (I had a similar experience when photographing Blacksheep House). In the La’al Bothy shot (at the top of the page), I managed to silhouette most of the roof-line against the night sky, then used selective lighting during the six minute exposure to bring out detail in the stonework, interior and some of the items nearby (chimney, flower pots, wind turbine and the long wooden box beneath the main window). In the photo below, you can see how the turf roof becomes almost indistinguishable from the land and hills in the distance:

Not a ‘Grand a week Design’
In recent years several 5 star holiday homes have been built on Harris. Initially we dubbed them ‘Grand a week Designs’ due to the weekly rental cost – the first time we’d seen a holiday lets on the island cost in excess of £1000 per week. Exact pricing for a week long stay in La’al Bothy has yet to be confirmed but it’s going to be substantially less than many of the other lets along the west coast of Harris. If you want to make further enquires, contact Alan and Ellen via their La’al Bothy facebook page or the La’al Bothy website.