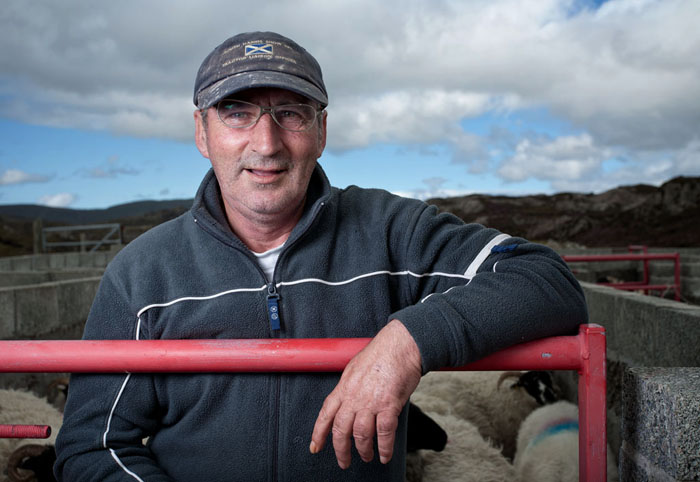 Driving through Finsbay this morning I spotted Norman Mackay at Finsbay fank. For the benefit of those who’ve never heard of one before, a fank is a form of sheep pen, where the animals are corralled, sheared, dosed, marked etc. Most of the shearing has taken place by now (August) but twenty or thirty missed out first time round. This was catch-up session for the stragglers. I’d driven half a mile past the fank before realising I had all my camera gear with me. I pulled in at the next passing place, swiftly executed a 17 point turn on the single track road and headed back to the fank. I checked Norman and his two co-workers, Norman Macleod and Captain Knockie Morrison were OK with having a camera pointed in their direction while they went about their business. Turns out I was dealing with a bunch of pros – they’d obviously done this before! I was good to go, as long as they get a percentage of the earnings that are bound to roll in once the photos are picked up by the likes of National Geographic and the National Crofting Museum etc 😉

Another shot of Knockie, with the 12 volt battery powering the sheep shears:

And here’s the guy who was doing all the work, Norman Macleod, ace sheep shearer from Quidinish:

Finsbay fank is unusual in that it doesn’t look as drab and utilitarian as the other fanks you see around the islands. It’s probably the red painted gates, or maybe the block work is neater than usual. Some might say I’ve lived here too long if I’m starting to notice differences between the various fanks. There must be something about it because I photographed it one January night back in 2010 but minus animals and humans: 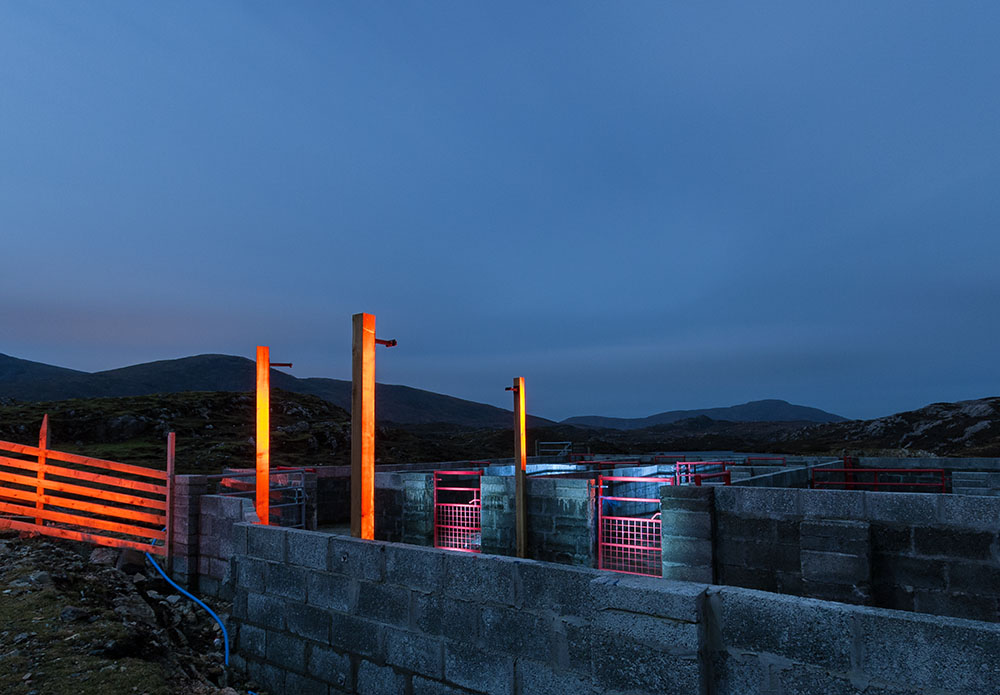 The three upright poles are supports for the mobile shearing motor, as seen in the photo of Norman at work above.

Many thanks to the two Normans and Knockie for allowing me to intrude on proceedings. Royalty payments expected soon 😉

8 thoughts on “Men at Work”