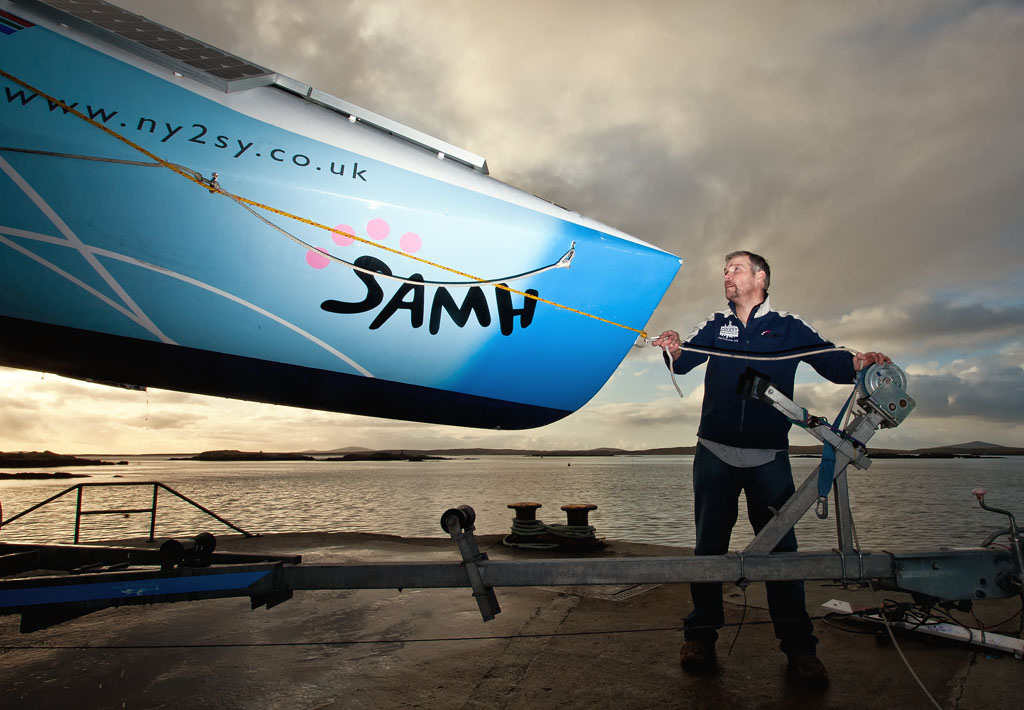 In May 2012 [Edit: rescheduled to take place in 2014], Niall Iain Macdonald will set off from New York and row 3000 plus miles across the Atlantic, back to his home town of Stornoway on the Isle of Lewis.

I bumped into Niall Iain yesterday at Leverburgh Pier. The reason for his visit to Leverburgh..? Last month he embarked on a 100 mile training trip to raise funds for the annual Children in Need appeal. Setting off from Barra, the southern most part of the island chain, the plan was to row north, arriving in Stornoway three days later, in time to attend the town’s Childern In Need charity event. Around the mid-way point, one of the carbon fibre oars shattered, leaving Niall and his high tech craft drifting off the west coast of North Uist. The Barra lifeboat was summoned and towed the now oar-less boat to the Isle of Harris, where it was craned to safety on the end of Leverburgh pier. BBC News coverage of the story

Fast forward a few weeks… Niall Iain contacted me, asking if I’d consider donating one of my prints to the cause i.e. provide a raffle prize for an event being held later this month in aid of the forthcoming North Atlantic Row and his chosen charity, SAMH (Scottish Association for Mental Health). “No problem!”. Niall called down to Leverburgh today to collect his boat (now christened ‘The Fox’) and the print. I ventured down to the pier, camera in hand and rattled off a few snaps while he was loading ‘The Fox’ on to its custom built trailer. BTW, the photos aren’t posed – I clicked away while he was busy positioning and tying the boat to the trailer in between getting a grilling from myself and Ruari, the crane operator.

More about the planned crossing. Niall Iain’s own words, taken from the NY2SY website:

“I will leave New York at the end of May 2012. Initially, my route will take me east, roughly following a course of 40 degrees north latitude before I begin to head north east towards the U.K., taking advantage of the Gulf Stream, and subsequently the North Atlantic Drift, to help me on my journey home. I aim to arrive in Stornoway, at the beginning of September…2012!”

“I’ve got 120 toilet rolls behind that hatch”

As part of the fundraising effort, a concert will be held at the Woodlands Centre, Stornoway on Thursday 29th December, featuring several local musicians including The Open Day Rotation, The Boy Who Trapped The Sun, and Mata Macdonald. You’ll also have a chance to win a prize in the charity raffle, to which I’ve contributed a print of Ness Lighthouse… seemed appropriate 😉 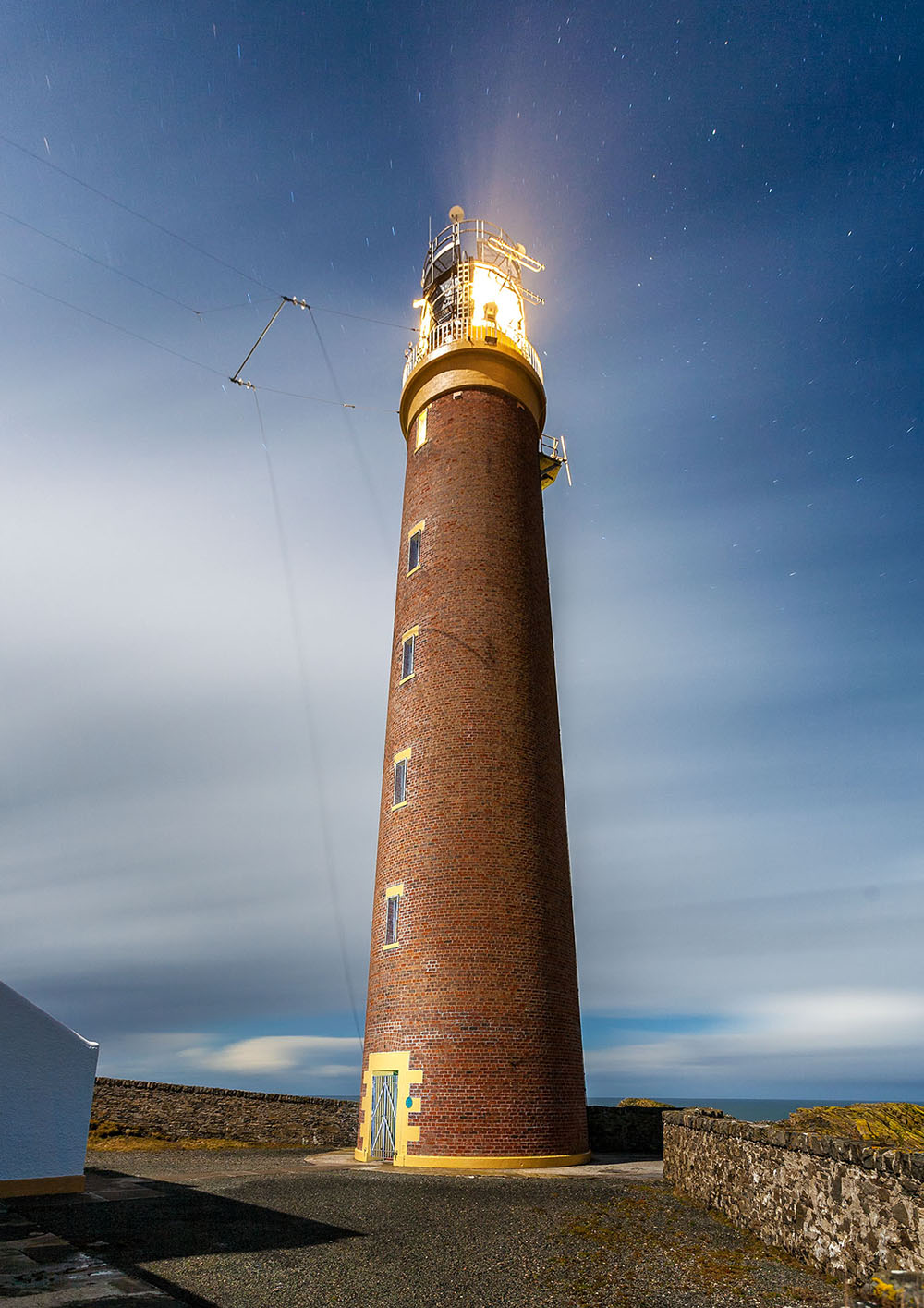