Shona is a primary school teacher. She teaches a range of subjects to children between the ages of 4 and 12 at Leverhulme Memorial School in Leverburgh, Isle of Harris. I dropped in on the last day of term while members of staff and the janitor were making final preparations for the long summer holiday ahead.

Being one of the hottest days of the year, we opted to do the photo shoot outdoors in the sunshine, setting up on the school playing field against a backdrop of the hills of South Harris. Classes are conducted outdoors on occasion, when the weather’s favourable. A much nicer view than I ever had during my school days!

School makeover
Leverhulme Memorial School recently underwent a major refurbishment. I’m sure most people in Harris would admit it’s not the prettiest collection of buildings on the island – at least from the outside. But as of June 2018, indoors it’s a totally different story! Shona gave me a brief tour. The last time I’d been in the building was during one of the annual South Harris Agricultural shows (more on that later). The recently rebuilt and refurbished interior came as a pleasant surprise. It feels like a completely new building – bright, fresh and airy. Staff and pupils are delighted with their ‘new’ school.

The school roll for 2017/18 was 29. When the new term starts in August, five pupils will have moved onwards and upwards to junior school in Tarbert, while Shona will have two new arrivals coming into P1. The current school roll is a long way short of the days when well over a hundred children attended.

Community to the rescue
With the decline in numbers, staff and pupils were no longer using all of the buildings. When plans to renovate the school were first put forward, the council were set to demolish the unused portion of the school once the renovated section was ready for occupation. Members of the local community thought otherwise. Leverhulme Memorial School Steering Group was formed and went into action. They presented a set of proposals for the condemned building – conversion to a multi-use facility, incorporating a museum for the local historical society, a cafe, gym, launderette and charity shop. Despite fierce opposition from some councillors who appeared hell bent on demolition being the only sensible option, the Group addressed their objections and succeeded in gaining a reprieve for the building. They’re now on a mission to raise funds and make the ‘Leverburgh Community Hub‘ a reality. A lesson in people power! No doubt Lord Leverhulme would approve (stick with me – all will be explained). 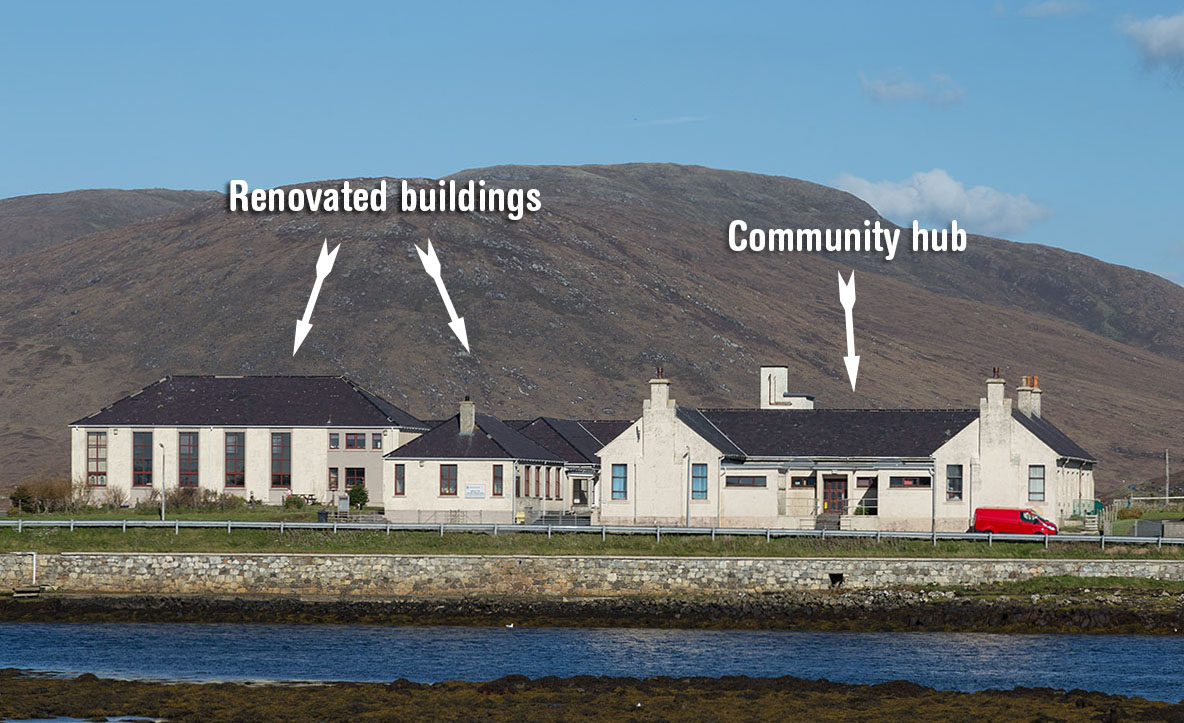 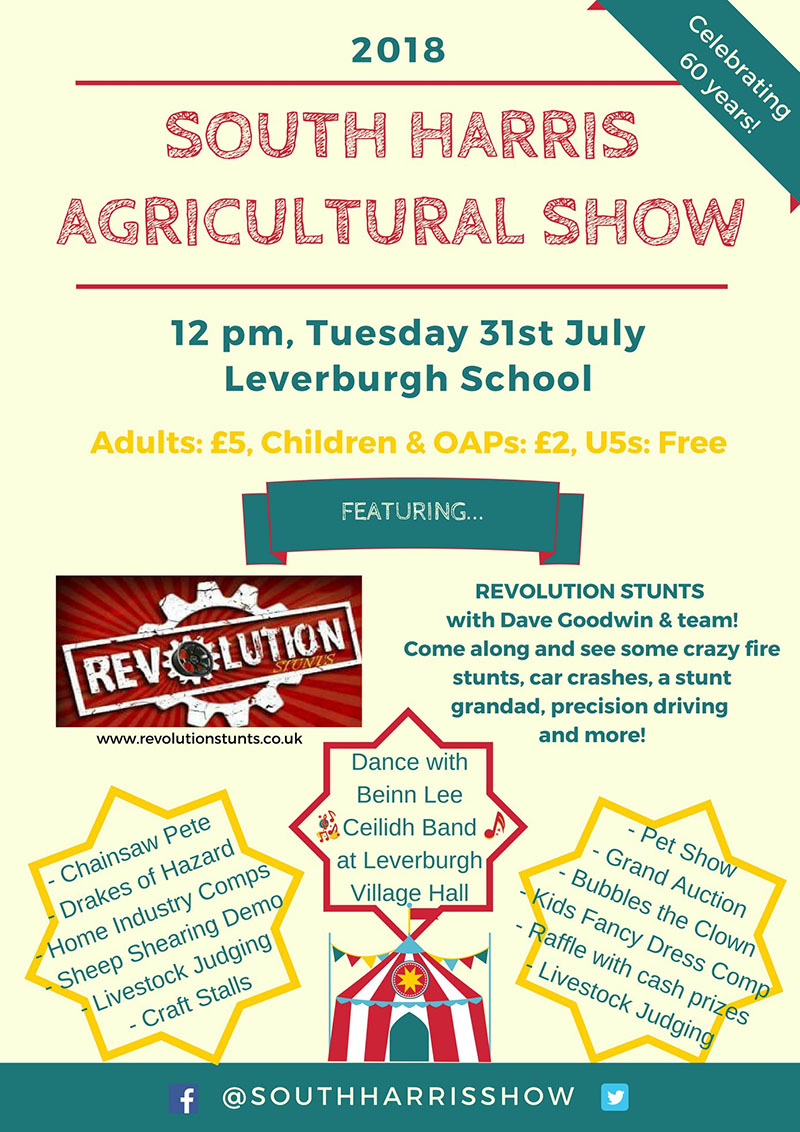 A Brief History of Leverhulme Memorial School: a millionaire’s vision for South Harris
In 1919 William Hesketh Lever (Lord Leverhulme), one of the Lever Brothers – founders of the giant conglomerate known around the world today as Unilever – purchased the South Harris estate. He planned to turn the village of Obbe into a major fishing centre. With this in mind he set up a chain of 400 ‘Mac Fisheries’ fish shops throughout the UK. His plan was to have fish landed at Obbe and then distribute them to his shops.

In December 1920, with the backing of the local people the village of Obbe was officially renamed ‘Leverburgh’. Within weeks, work began on the pier and surrounding area. A stone pier providing berths for fifty herring drifters was constructed, along with an accommodation block, curing sheds, smoke houses and a refrigeration building (my workshop sits on a spot once occupied by the curing sheds). Houses were built for his team of managers. Leverhulme Memorial School was built in 1924 (only six years to go until it celebrates its centenary!).

Further development was planned but when Lord Leverhulme died in 1925, his executors and the board of Lever Brothers had no interest in continuing the Leverburgh project. All work ceased. The work force were laid off. South Harris Estate was put up for sale. In October 1925 the pier site at Leverburgh and the 33,000 acres of land in South Harris was sold for £900.

Thinking aloud…
Wouldn’t it be a nice gesture if the current board of Unilever did something in recognition of the good works carried out in Leverburgh by their former boss? It would go a long way to compensate for pulling the plug in 1925. Of course, with the 100th anniversary of the  the village being renamed in Leverhulme’s honour just around the corner, they’re probably on the case already.

Back to the real world
A big thank you to Shona and her three aspiring mathematicians (Milo, Coll and Alex) for staying behind and doing one extra class before starting their school summer holidays. Have a good one! 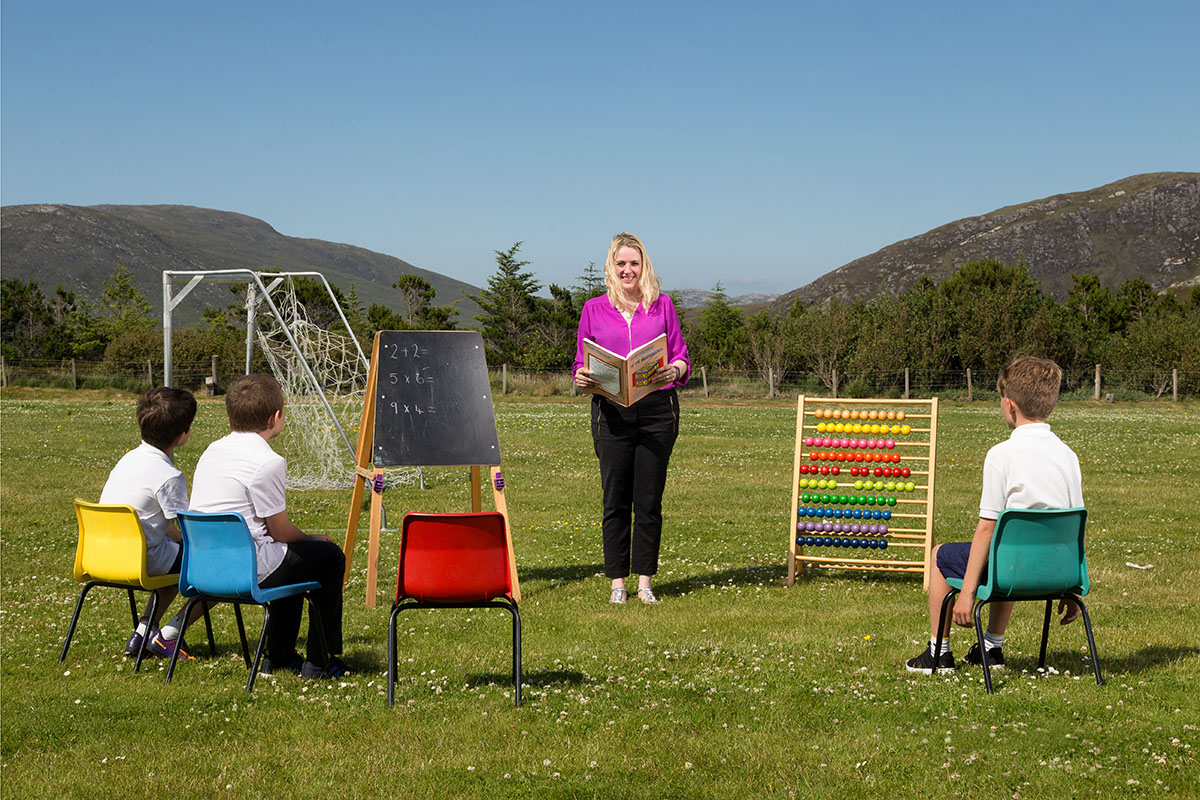