The Writing on the Walls 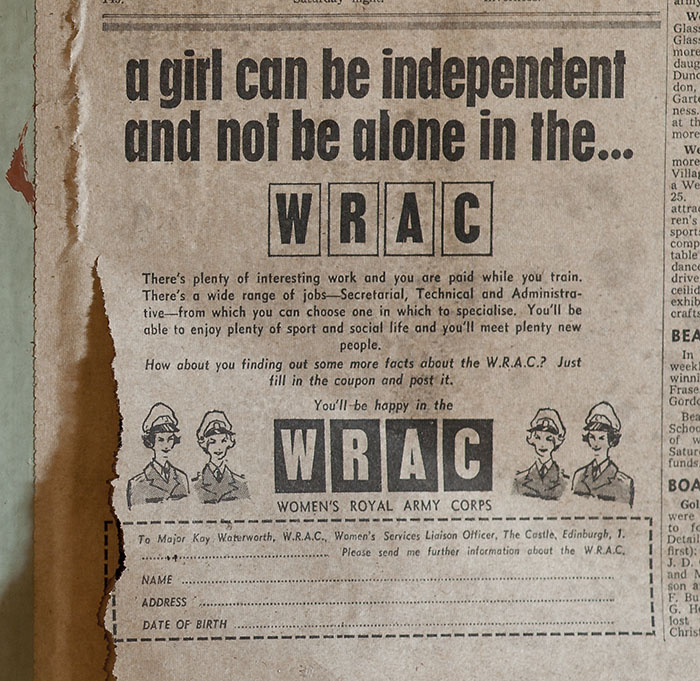 THE WRITING ON THE WALLS

I visited this house almost three years ago – right around the time I first started experimenting with night photography. It was a freezing cold January night. I took a look inside. Apart from a pile of broken crockery and several cassette tapes scattered across the floor there was little else of interest. Or so I thought…..

I paid the place another visit last weekend. This time it was during the hours of daylight – places tend to be a little less spooky when you don’t have to rely on a torch to find your way around!

Here’s some of what I found on the walls:

Based on info provided by my webstat software, the majority of people reading this blog are under the age of 40 and therefore too young to remember pounds, shillings and pence (pre 1971). For the benefit of my less senile readers, a pair of corduroy trousers (choice of fawn or tan) could have been yours for £2.47 (49/6) or how about a herringbone tweed jacket, suitable for work or leisure at £3.60 (72 shillings).

Two of the walls, in what would have been the main living room, were covered in remnants of newspaper and wallpaper. I’ve seen newspaper pasted on to the walls of several of the old houses I’ve visited. Presumably there was a period where it became fashionable to cover the original timber vee lined walls of the house with wallpaper. Newspaper was often used as form of cheap lining paper. It appears this particular living room makeover took place approximately seven or eight months after the assasination of JFK i.e. all the newspapers are dated 1964.

Some of the stories from back in the day:

Having read the news from 1964, I checked out the cassette tapes. Most of the labels had faded beyond recognition but I found a case with its inlay intact:

One thought on “The Writing on the Walls”