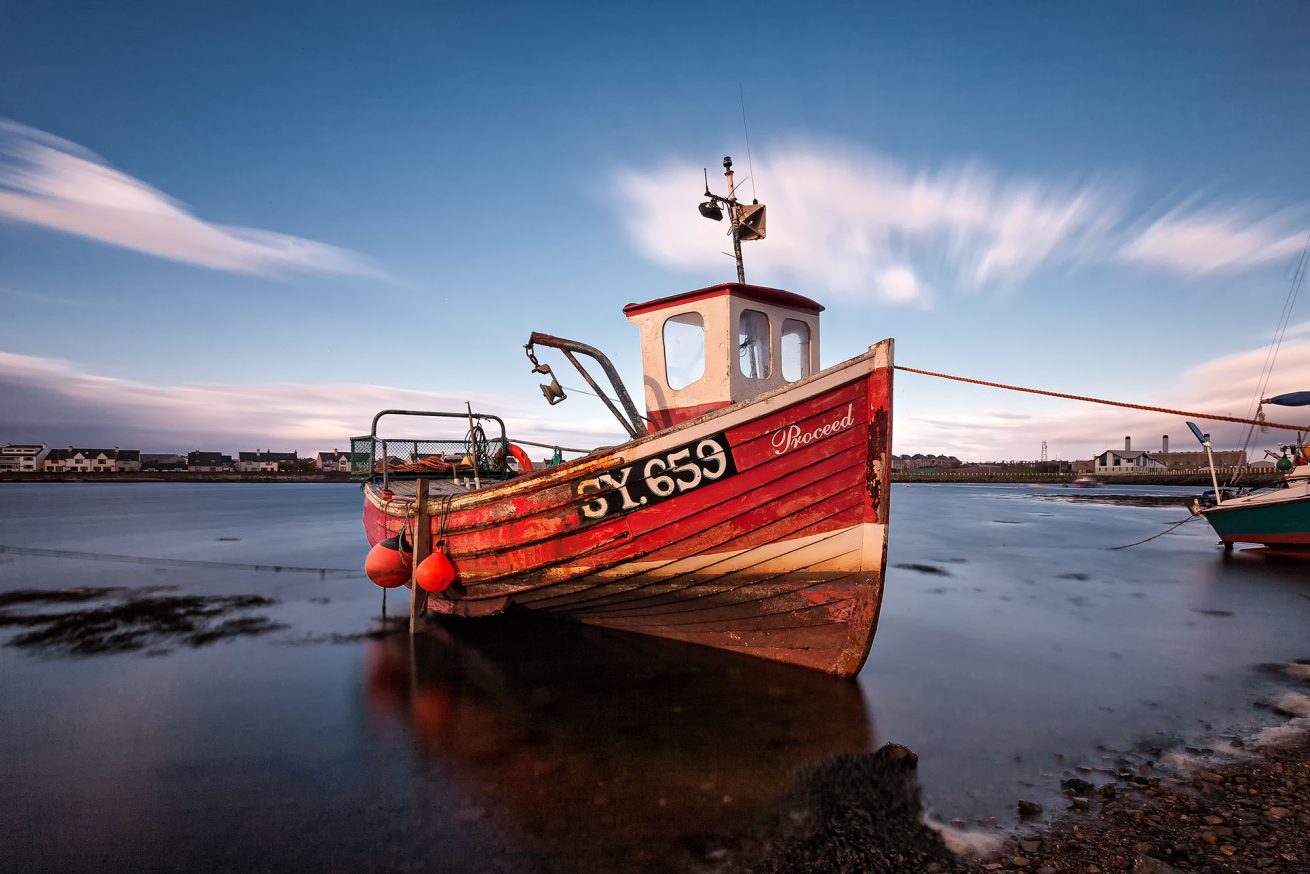 Shot yesterday on Goat Island – the industrial boatyard section of Stornoway. This old fishing boat, ‘Proceed’, caught my eye. The sky and cloud combination was looking good for a long exposure shot: brilliant blue sky with a smattering of fluffy clouds, plus a gentle breeze to guarantee some cloud movement during the exposure.

Camera tech stuff: I composed the image with the camera mounted on a tripod. With the camera in Manual mode I set the aperture to f/22 to maximise shutter speed. Using the camera’s  in-built light meter I noted the shutter speed that gave a well balanced exposure (not too dark, not too light). 1/20th of a second looked OK. Next I fitted the 10 stop neutral density filter, then set the lens to manual focus, having already achieved auto focus prior to fitting the ND filter – the ND filter is so dark, the lens will hunt around trying to achieve focus if left switched to auto and will ultimately refuse to take the shot. I switched the camera from Manual into Bulb mode and fitted a wired shutter release – Bulb mode is the only option that allows shutter speeds in excess of 30 seconds.

The theory is a 10 stop ND filter will require 10 stops more light. In reality I find my B+W 110 filter requires 11 stops to achieve a decent exposure. Going up 10 stops from 1/20th is approx 60 seconds (each time you double shutter speed you gain one stop of light). From previous experience with this particular filter, I know if I’d exposed this scene for 60 seconds the resulting image would have been way too dark. So I multiplied the theoretically correct 60 second 10 stop calculation by two i.e. lengthening shutter speed by one more stop from 60secs takes me to 2 minutes.

I clicked the shutter release button and locked it in the open position. Unlocked it 2 minutes later and up above is the result.

UPDATE 2016: this image was used to promote the UK premiere of the award winning documentary Vanishing Sail when it opened the Hebrides International Film Festival at An Lanntair in September 2016.

Talking of Goat Island, here’s a random cutting from a vintage edition of the Stornoway Gazette: 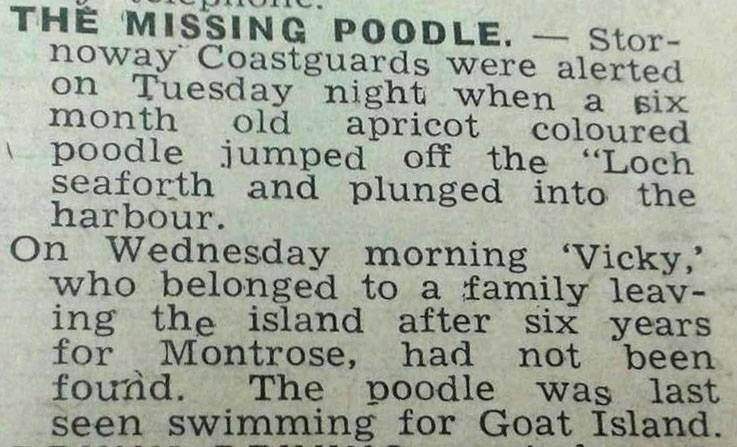 2 thoughts on “Proceed to Goat Island”