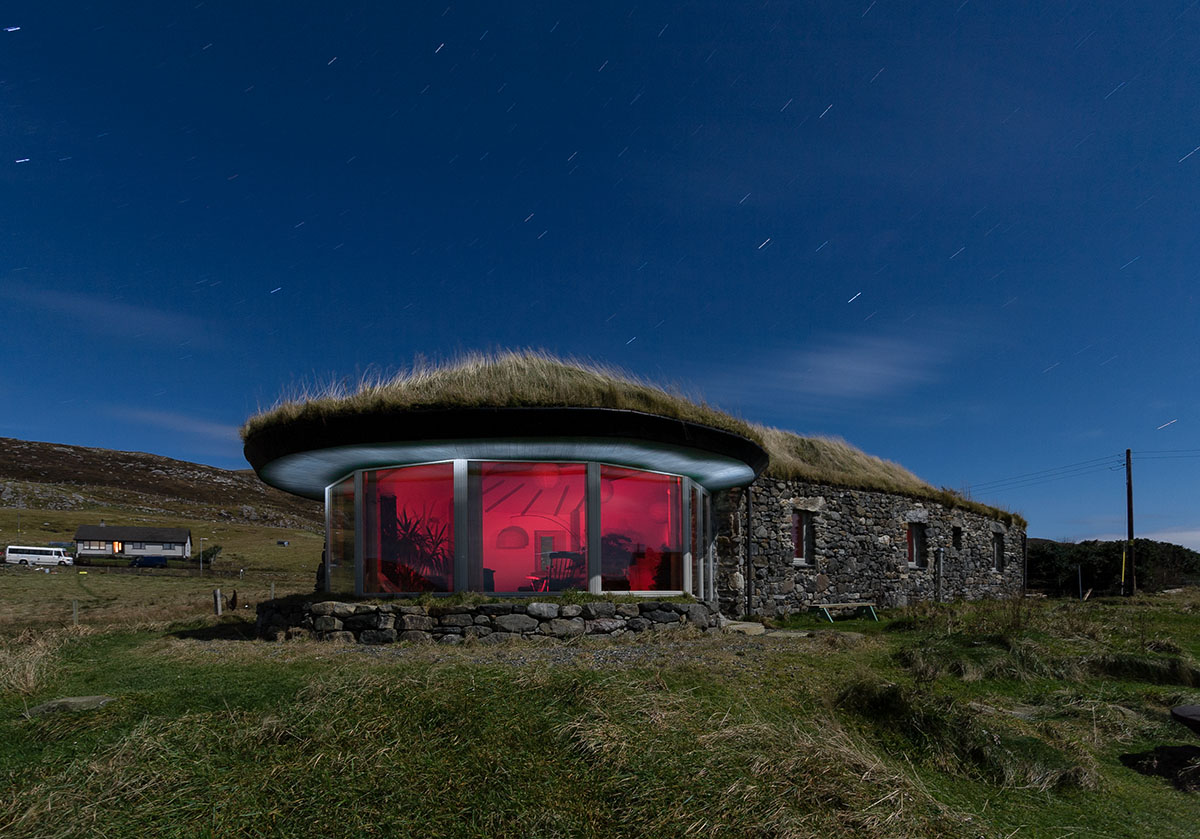 Blacksheep House is a renovated black house on the Isle of Harris. In 2008 it won Channel 4’s Grand Designs Home of the Year award. I’ve photographed Blacksheep House a few times. Back in November 2010, Pete and Christine Hope, the couple responsible for transforming the roofless ruins of a former traditional black house into 5 star luxury accommodation, mentioned they had a rare week in their letting schedule where the house would be empty during the full moon. It’s a tricky place to photograph – it blends into its surroundings so well I had a hard time coming up with a shot I liked. The one above is my favourite from the night. Here’s another but with a change of interior lighting to replace the previously used ‘Brothel Red’: 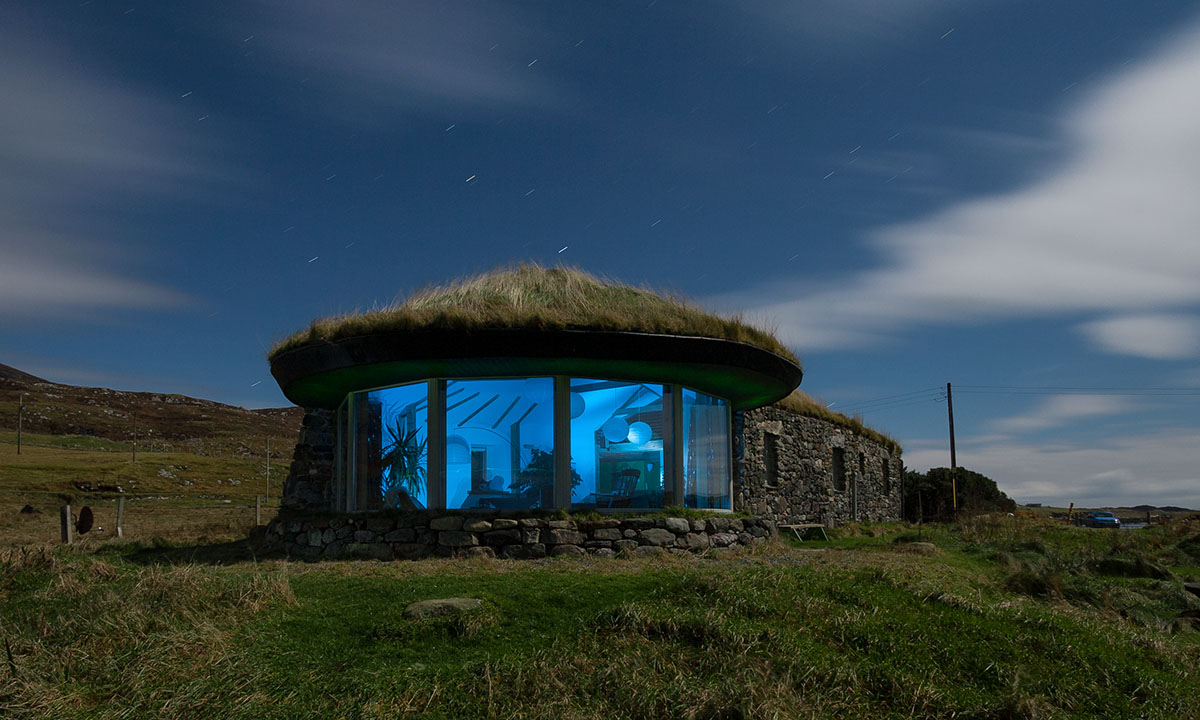 A few months later, in February 2011, Pete and Christine were contacted by ‘Coast‘, an aspirational lifestyle magazine aimed at people dreaming of life in a property by the seaside. They were looking for photographs of  Blacksheep House for a potential feature in the magazine. Figuring my night time shots weren’t appropriate, I had a crack at delivering a bunch of interior photos that might fit the bill:

The main reason I chose such a low viewpoint in the shot above was to avoid seeing reflections of my lighting equipment in the large windows. As a result, you’re looking at the sky rather than the amazing sea view across the Sound of Harris towards Berneray and the small islands in between 😉

In the photo above you get a glimpse of that view from the panoramic window at the end of the house.

At this stage I’d still not seen a copy of Coast. A little while later someone gave me a few back copies. As far as I know, the magazine never used any of my photos, and having flicked through the it I think I know why…. many of their articles feature photos of happy, smiley people wearing expensive casual clothes and designer flip-flops, pouring coffee from cafetieres for their beautiful children while looking wistfully towards the sea. They either thought my photos were shite or I should have hired in a few models to complete the picture 😉

To finish, a tale from 2008 when just about everyone on the Isle of Harris was rooting for Blacksheep House to win the Grand Designs competition. If you didn’t see the show, a number of houses were nominated in a selection of categories. Blacksheep House won their category of ‘Best Conversion’, which put them into the final against some stiff competition. Which included the odd mega buck new build. You know the type….  where you see the owner trying to decide which Italian designer £1k kitchen tap best matches their personality.

Skip forward a couple of months and our phone bill arrives. On the list are two premium rate phone calls – both made on the same night. My wife Helen quizzed me endlessly over what they were – obviously assuming I’d been talking to ‘Swedish Bum Biters’ or some such. My denials were getting me nowhere. I told Helen to call the number: “The voting lines for Grand Designs Home of the Year 2008 are now closed. You will be charged for this call”.