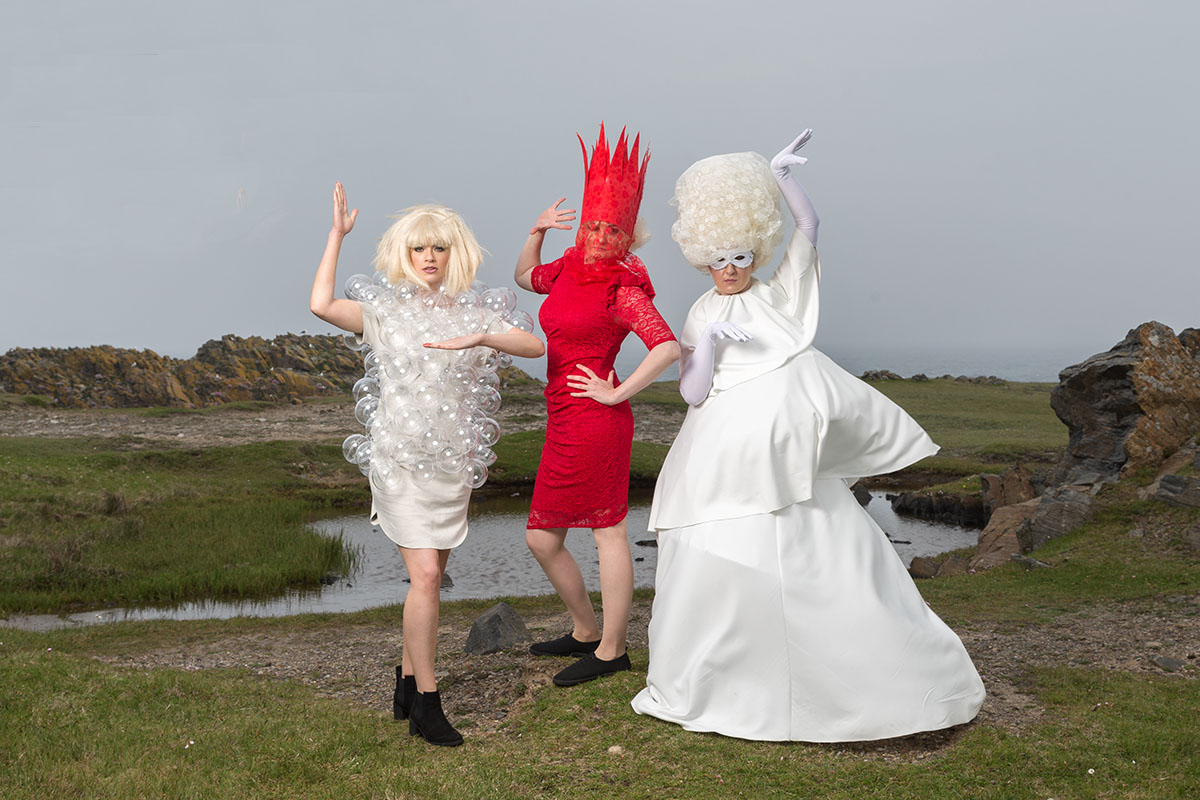 A selection of photos from a few hours on location in Ness (Isle of Lewis) during the filming of FUNC: a new comedy sketch show created by Michael Hines, best known for directing and co-producing the BAFTA award-winning Scottish sitcom, Still Game. I was hired by Electrify PR, who work on behalf of BBC ALBA to take some ‘behind the scenes’ photos. I also managed to grab a few minutes with the actors in-between scenes for some posed shots. 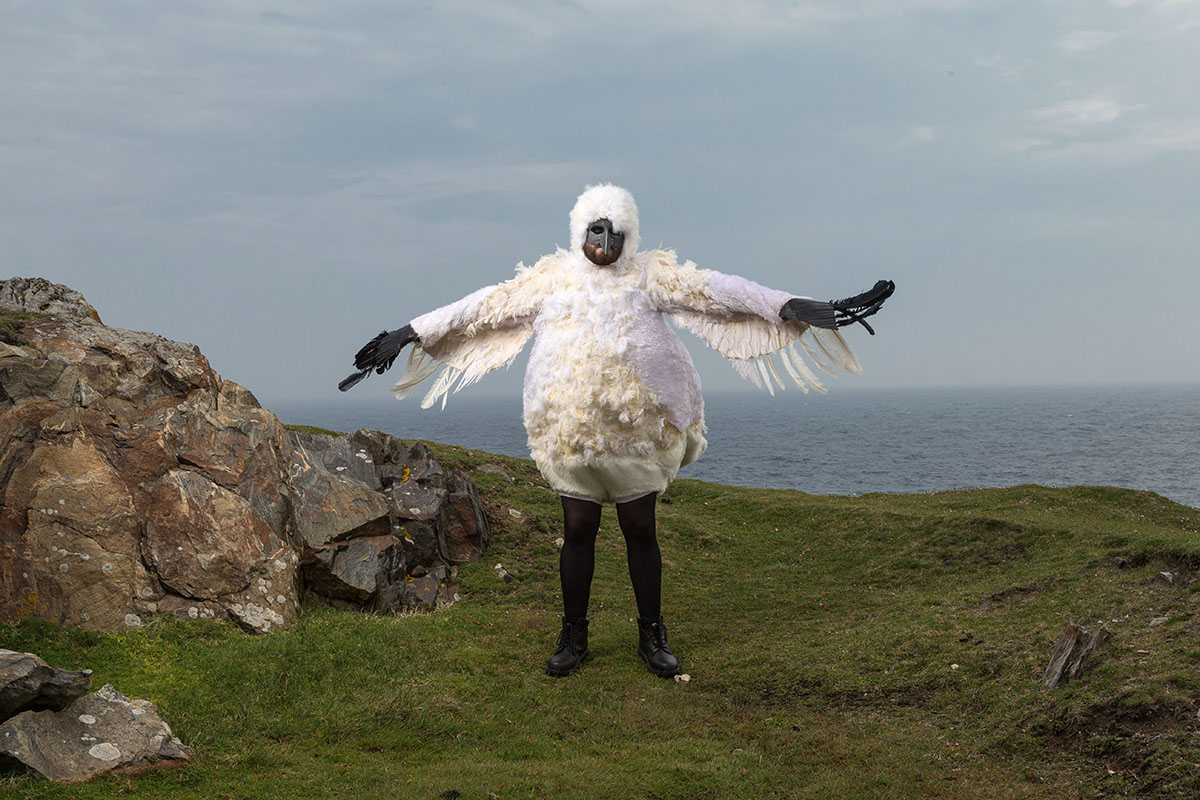 A rare sighting of the Giant Guga

The film crew were set up close to the Butt of Lewis lighthouse, a popular destination for visitors to the island and despite the dreary, overcast weather, several tourists who turned up to tick a box on their bucket list got more than they bargained for. 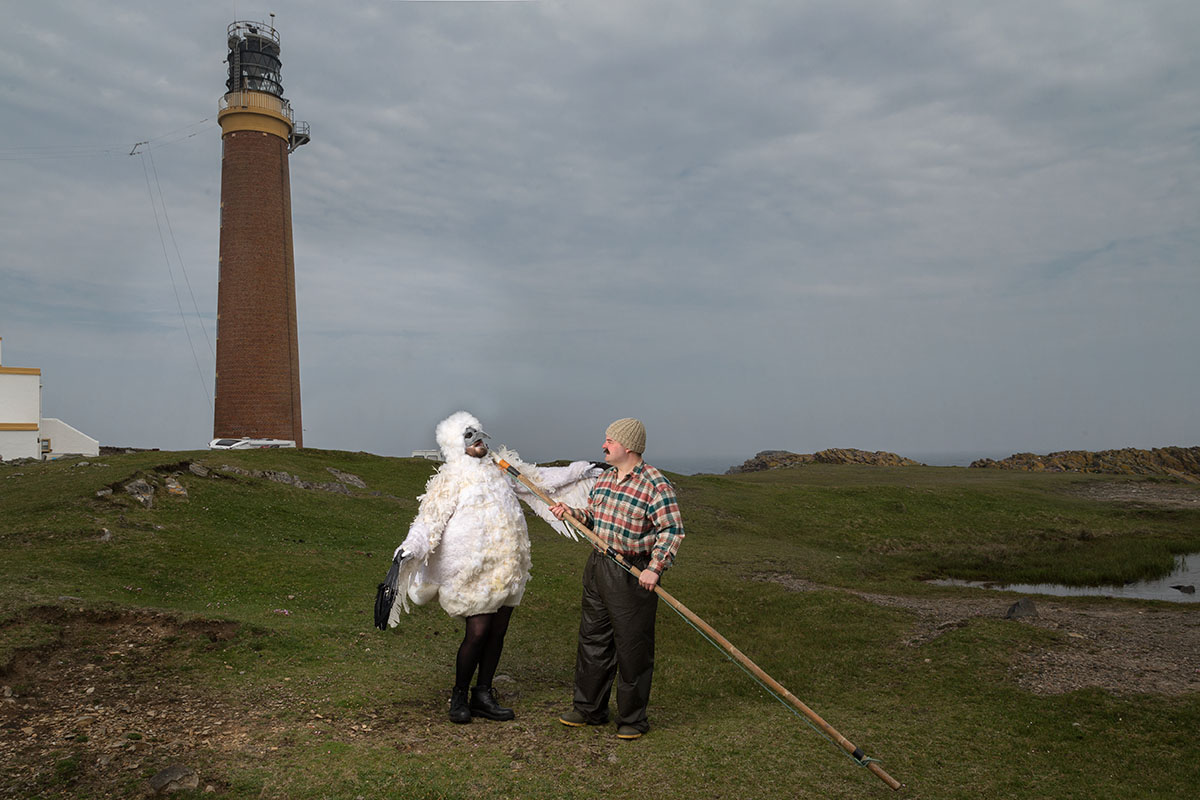 The guga hunt has been a tradition in Ness since the 15th century. The uninhabited island of Sula Sgeir, 40 miles out from Ness, is home to some 10,000 breeding pairs of gannets. The young gannets, known locally as guga, are harvested annually in August. This sketch sees the Guga exact his revenge. 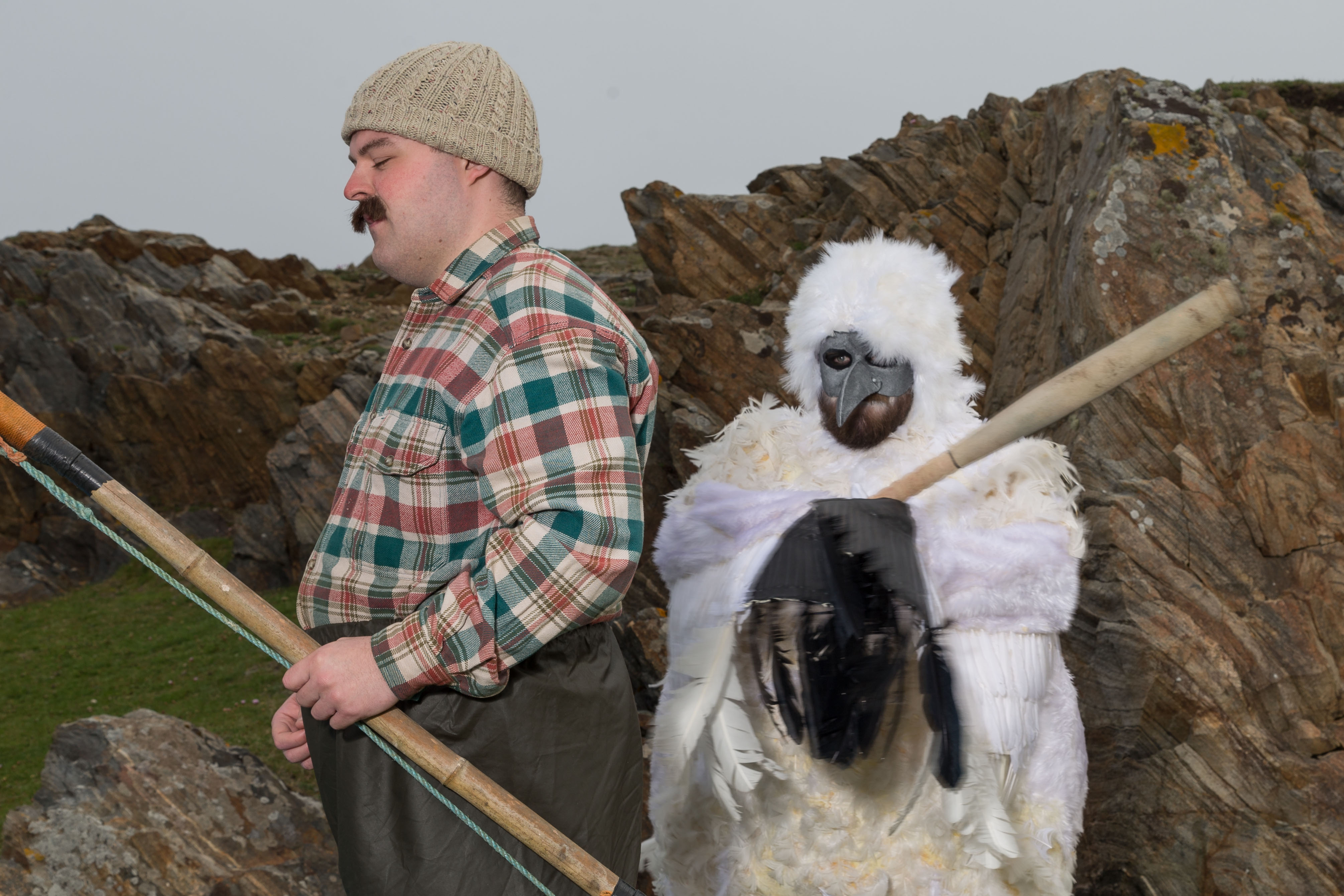 Revenge of the guga

Following his injury, the guga hunter is now hunting for Gaga… 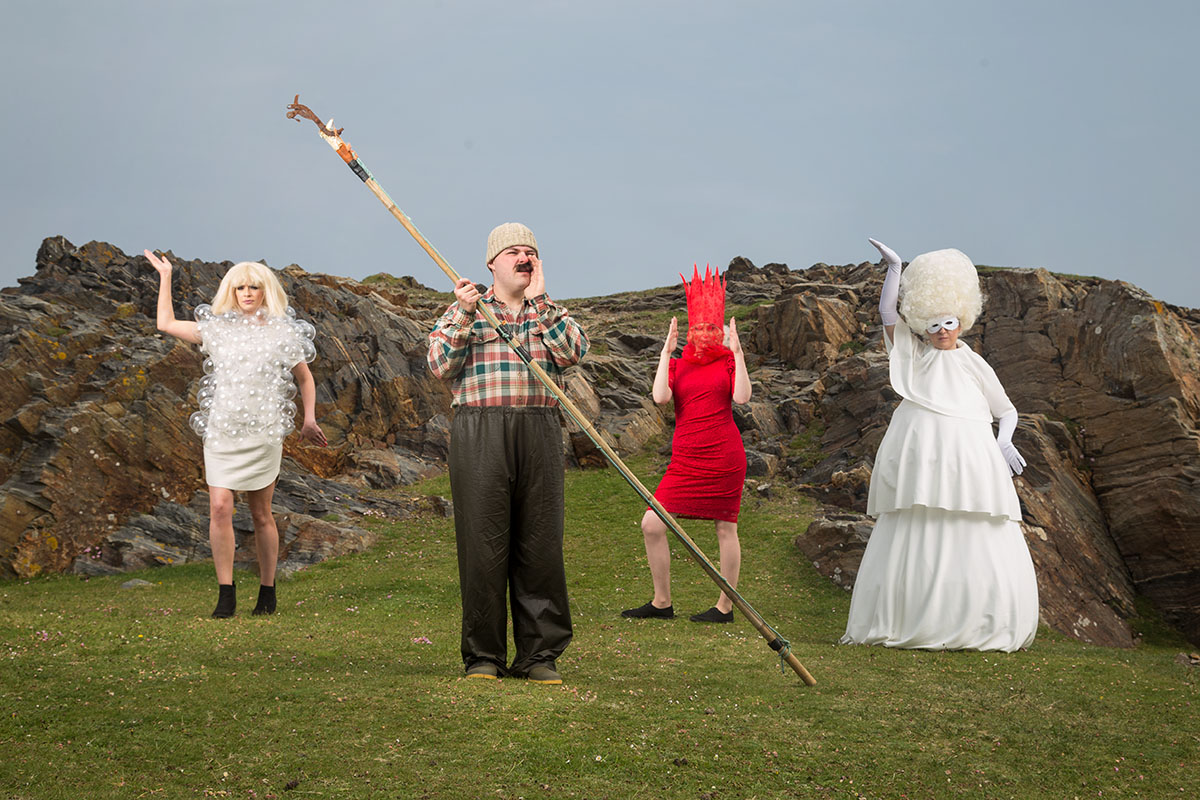 During a brief break in filming, I managed to shoot three Lady Gagas 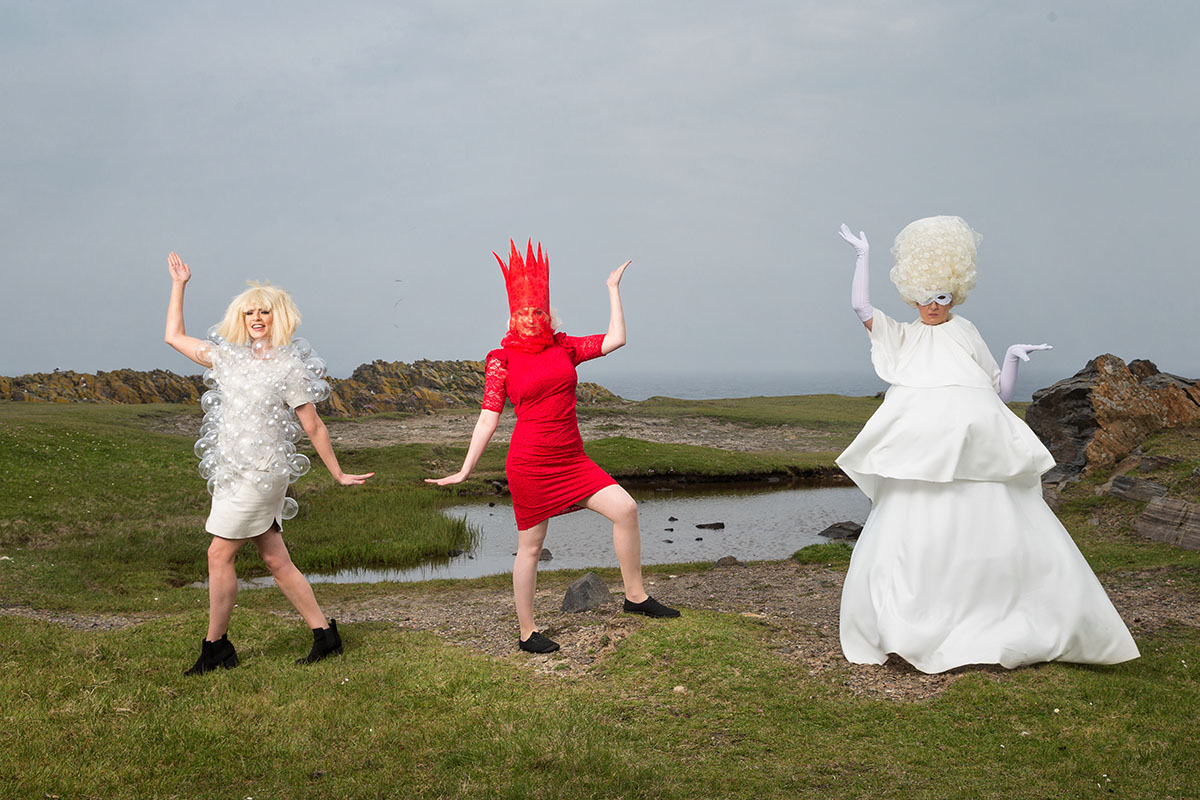 Guga hunter turns paparazzi to lure out the Gagas… 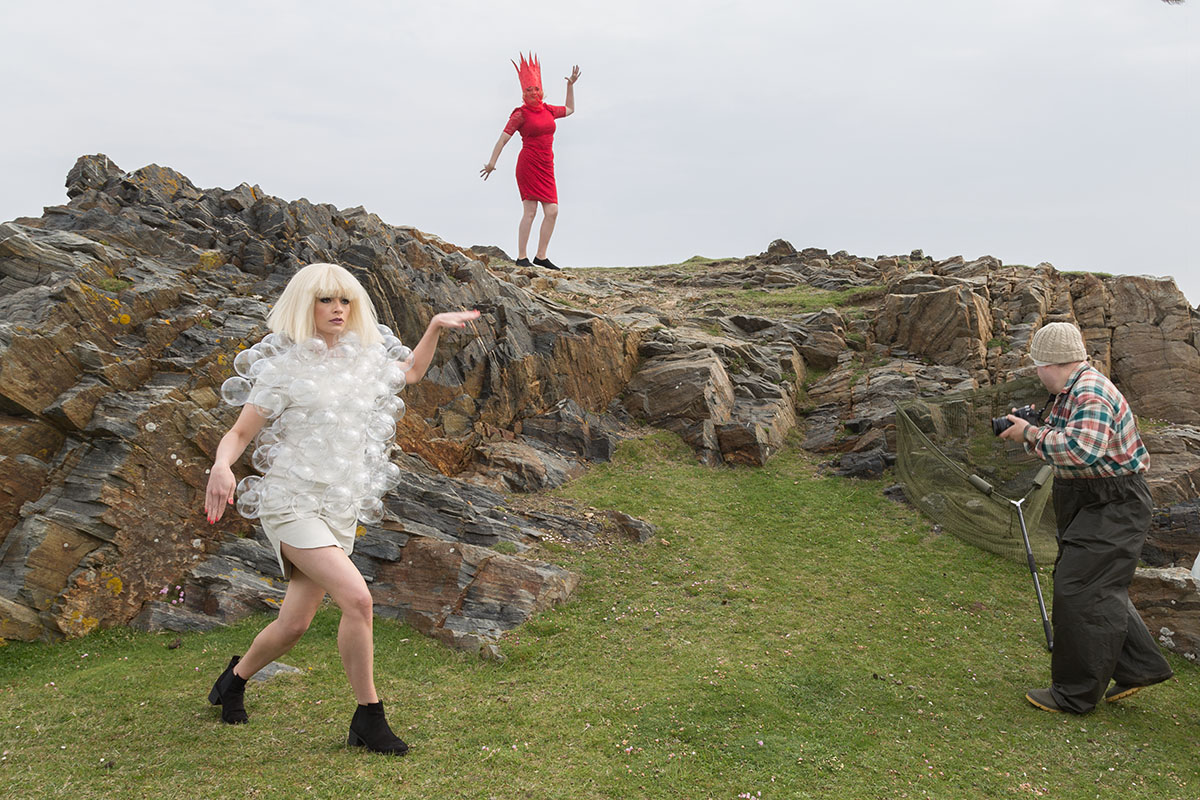 Some random shots to round things off… 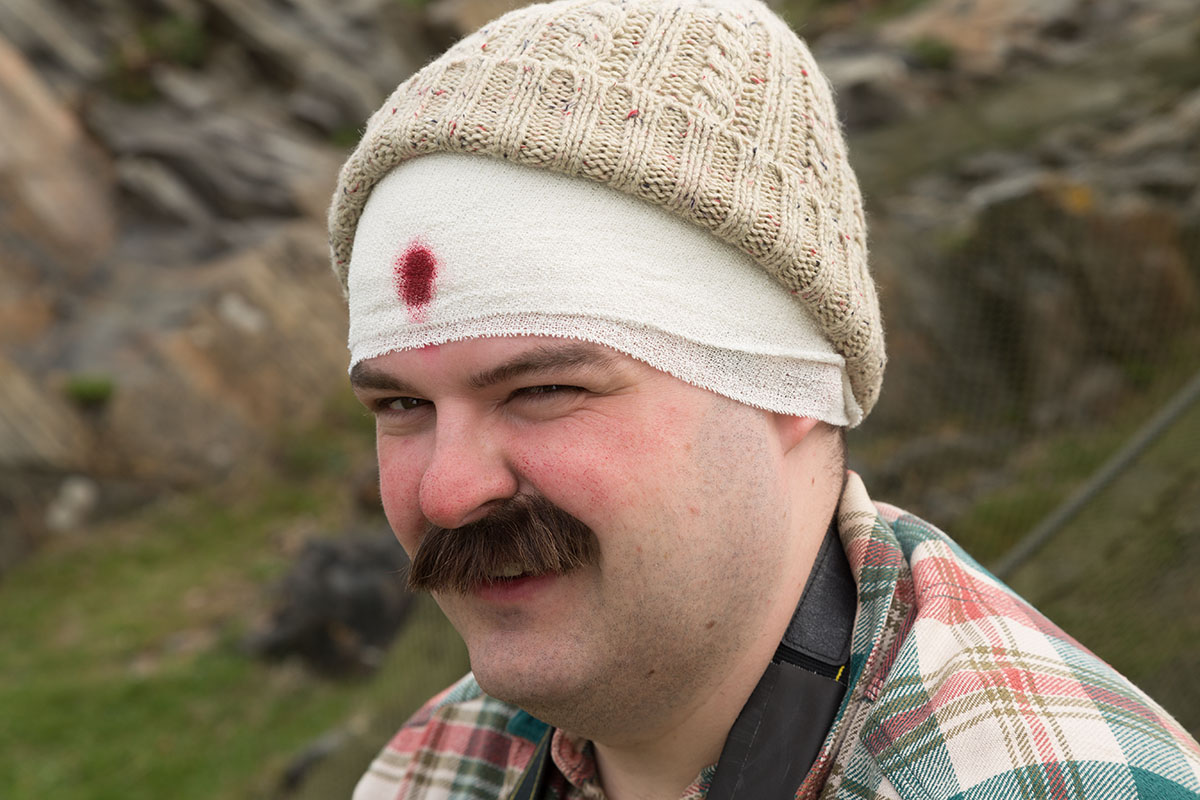 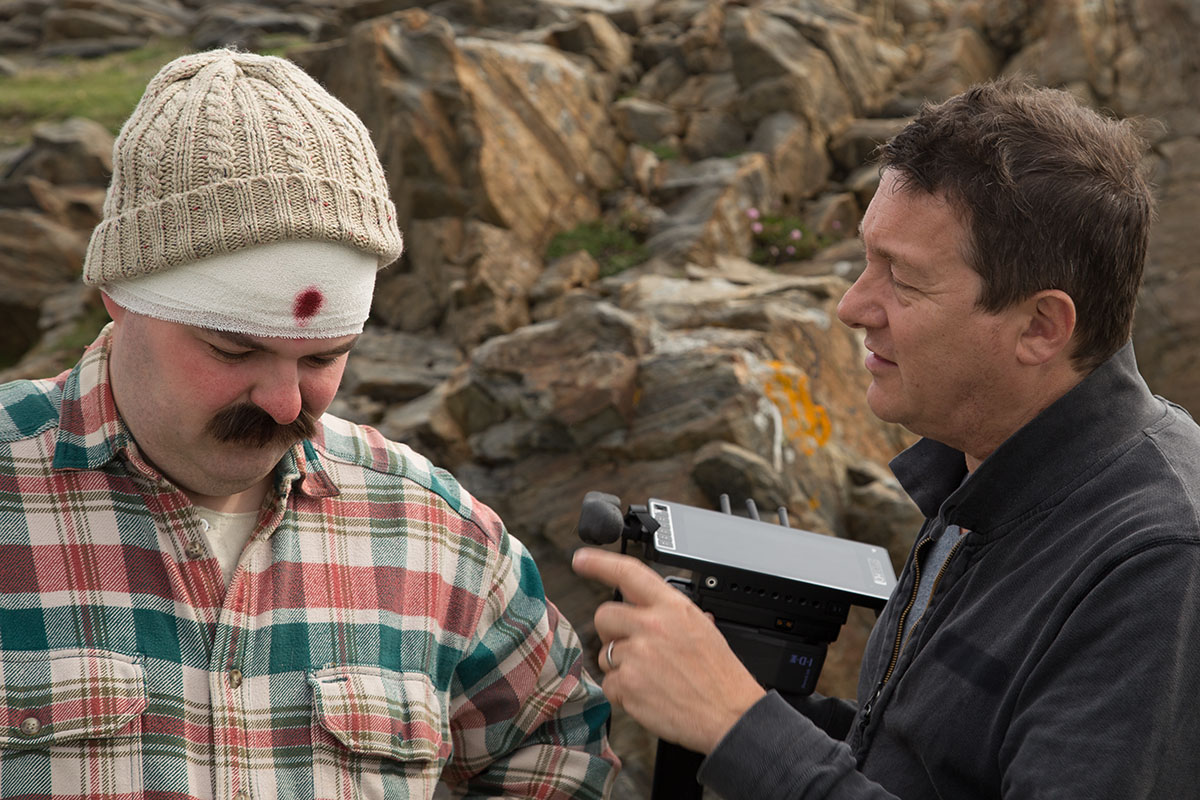 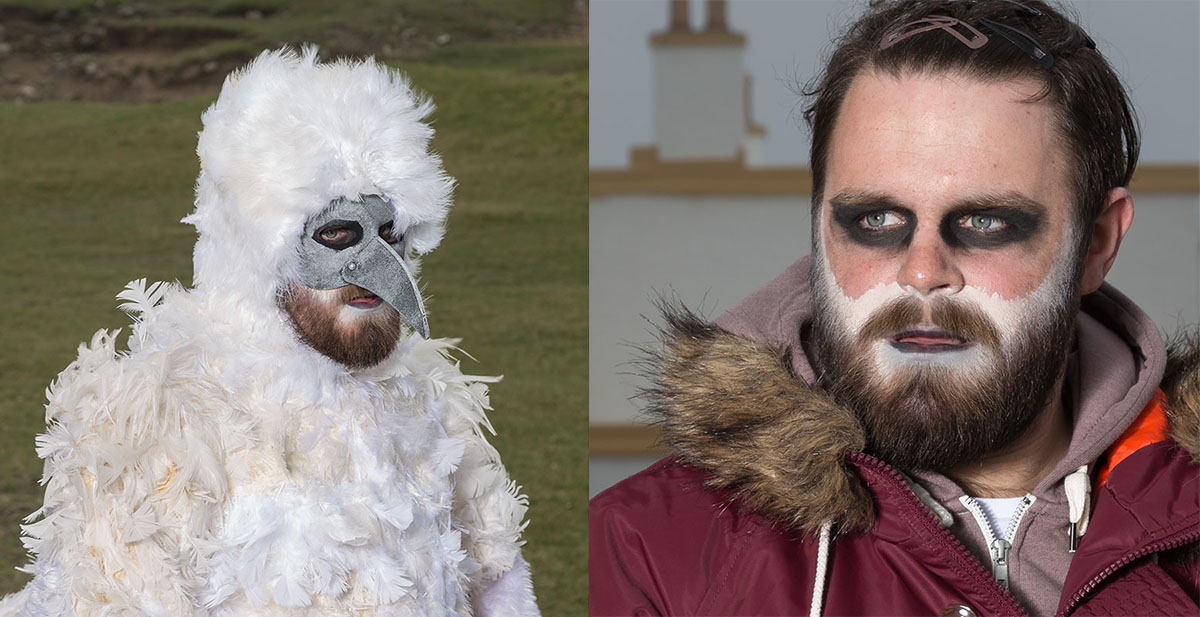 Before and after plucking 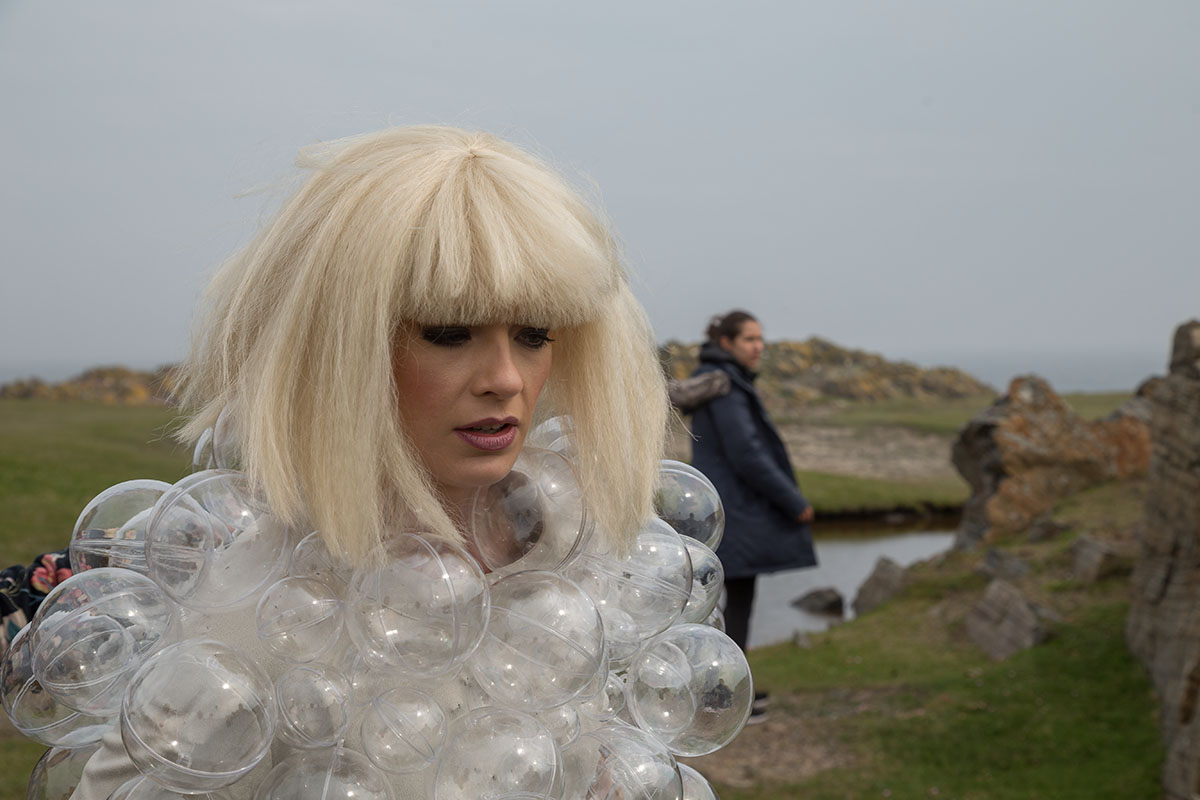 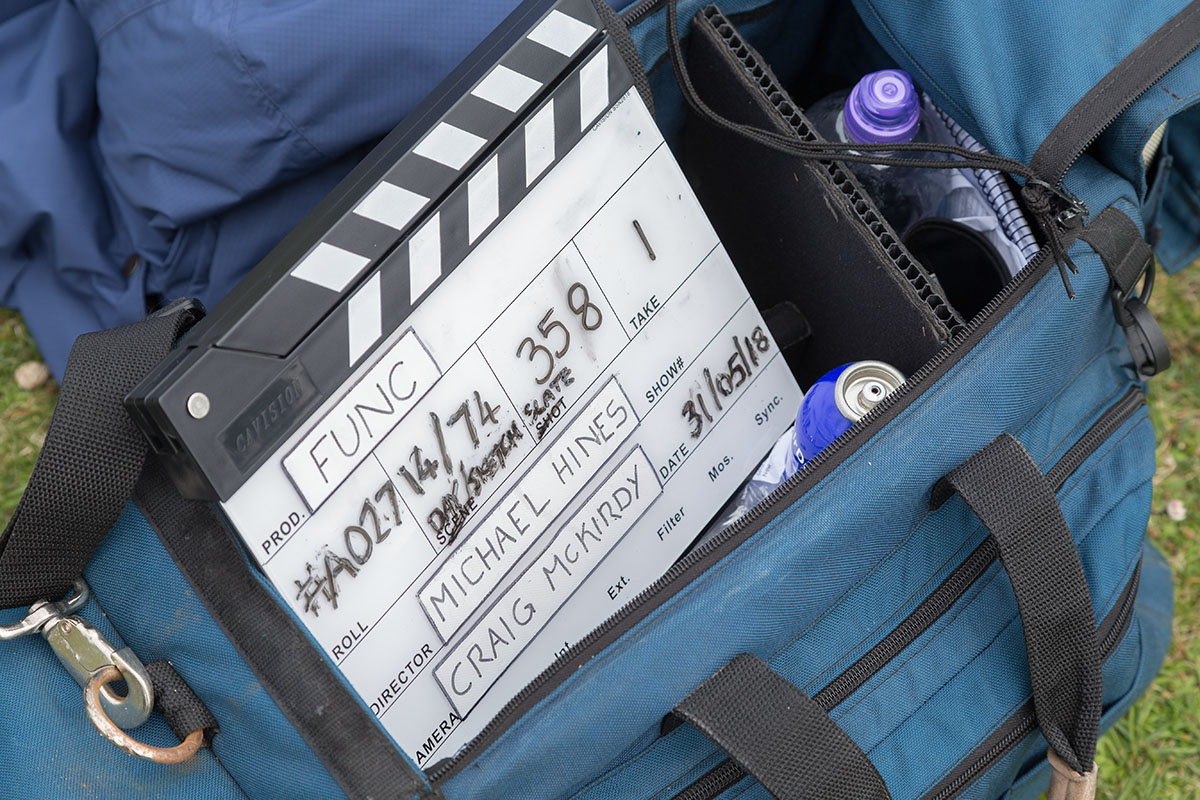 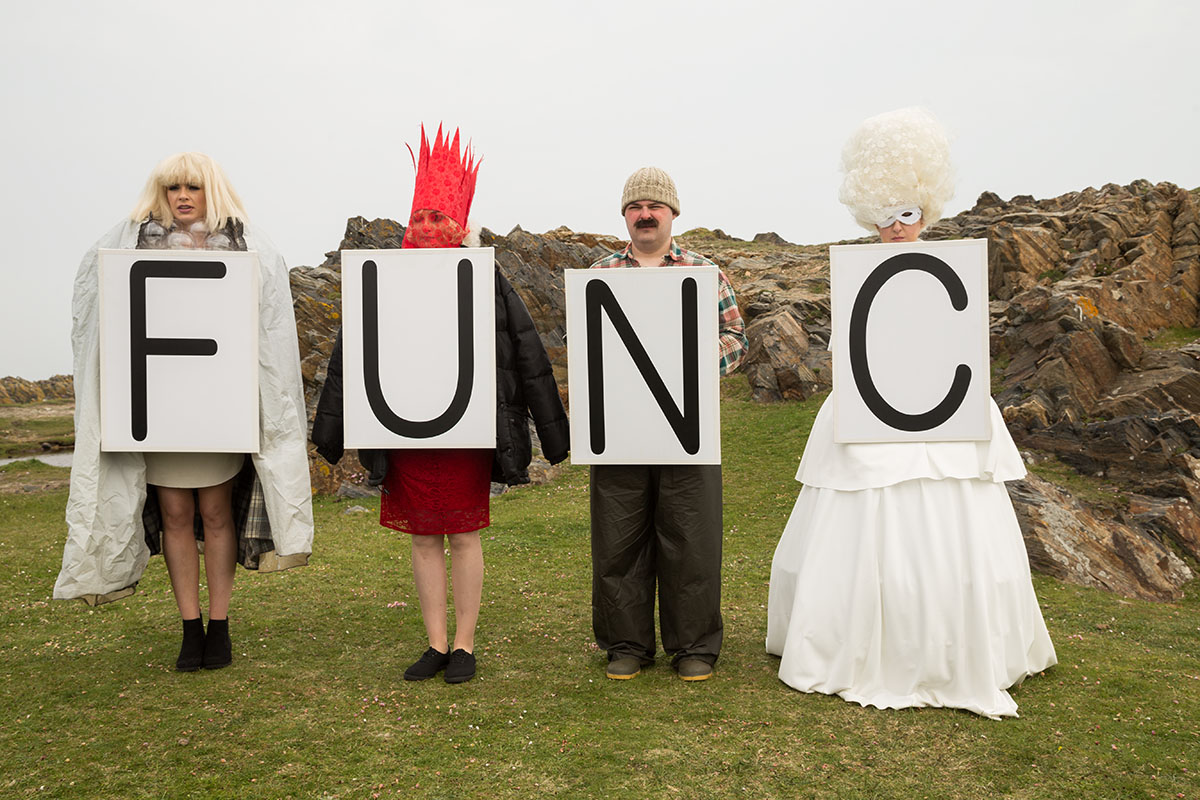 First of 6 episodes of FUNC aired on September 20th

“FUNC is a new comedy sketch show that pokes fun at everything Gaelic and non Gaelic. Mixing surreal characters like the zebras trying to board Noah’s Ark to satire: President Trump calling his cousins in Lewis; to the taxi driver who can never hang up on his wife; from radio shows with a twist to a graduate who thinks he can do any job, FUNC takes a comic swipe at the Gaelic world and beyond.

Starring a cast of 8 new Gaelic young actors, FUNC is a fast paced, irreverent, and cheeky take on the modern Gaelic world. There are fabulous costumes, crazy characters and surreal situations. Filmed in Glasgow and on the Isle of Lewis, and directed by Michael Hines, FUNC is a The Woven Thread production for MG Alba and is their first foray into sketch show comedy since the heydays of Randan.”

Episode 1 of FUNC aired on September 20th. Catch up on iplayer.

2 thoughts on “Going GAGA in Ness”