Postcard from the Outer Hebrides #1 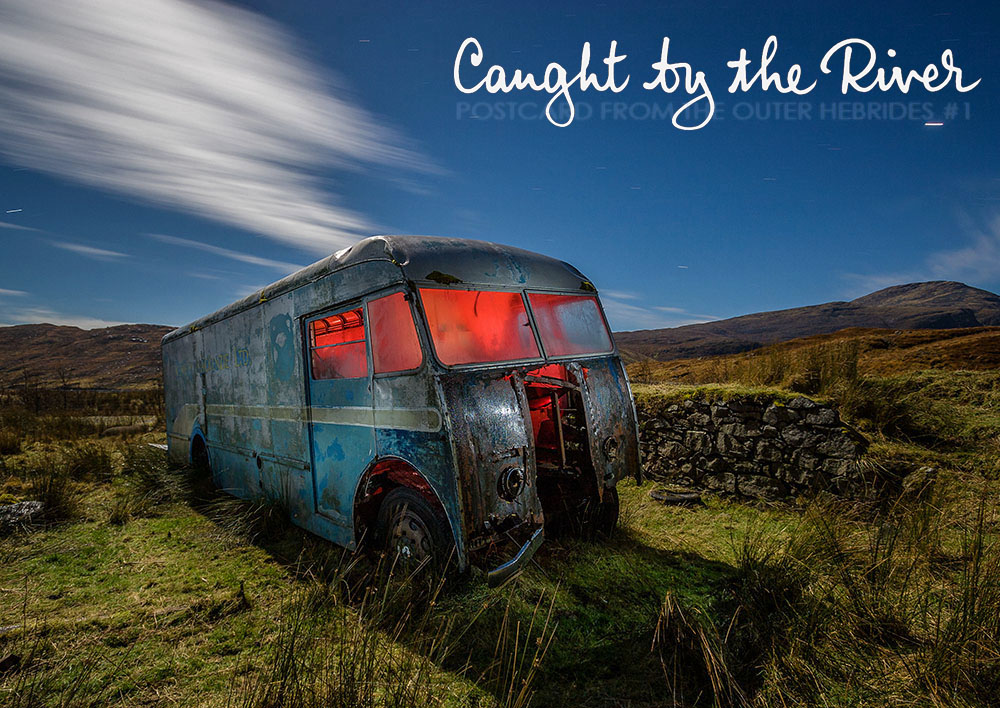 Towards the end of 2017 Caught by the River invited me to contribute a monthly post to their site. If you’re not familiar with CBTR, take some time to check them out – there’s a lot of great content over there. This is the first in my Postcard From The Outer Hebrides series.

The article below was first published on Caught by the River on Jan 22nd, 2018. Their website’s experiencing a few gremlins at the moment. Several posts (including this one) are currently unavailable. Normal service should be resumed soon. Follow them facebook and/or twitter for regular updates and notification of my next Postcard From The Outer Hebrides.

I used to see this old truck each time I drove to Stornoway. It was semi-hidden behind a stone wall, just off the main road from Harris to Lewis. I later learned the truck was parked there in 1970 and hadn’t moved since. For a number of years the owner used it for storage. Being a stonemason, he built a wall around the truck to provide some protection from the prevailing winds. Despite this, the truck was blown over twice during its time off the road.

It was November 2010 when curiosity got the better of me… I decided to take a closer look (and take the picture above). The bodywork was aluminium, which explained why it was still in reasonably good shape, but the steel chassis hadn’t fared so well. Much of the paintwork had faded or flaked off but the distinctive racing style graphics and ‘Kenneth Mackenzie Ltd’ logos were still legible.

Then I did a little research: Kenneth Mackenzie Ltd was the islands’ largest Harris Tweed mill. In 1957 they ordered a brand spanking new Albion truck. It was the largest vehicle on the roads of Lewis and Harris at the time. It spent the next ten years delivering and collecting yarn and tweeds all over Lewis and Harris.

Shortly after I posted my night photo, I was sent a picture of the truck, taken on the day it arrived in Stornoway aboard the original Loch Seaforth mail boat. Vehicles and cargo were loaded and unloaded with net slings suspended from the deck mounted crane. That mail boat service continued until 1972. In a nod to the past, the current ferry serving the Ullapool to Stornoway route was named the Loch Seaforth, but things have changed. The new ferry, which came into service in 2015, can accommodate 700 passengers and 143 cars – all of which can be loaded on and off the boat without the aid of slings and a crane. 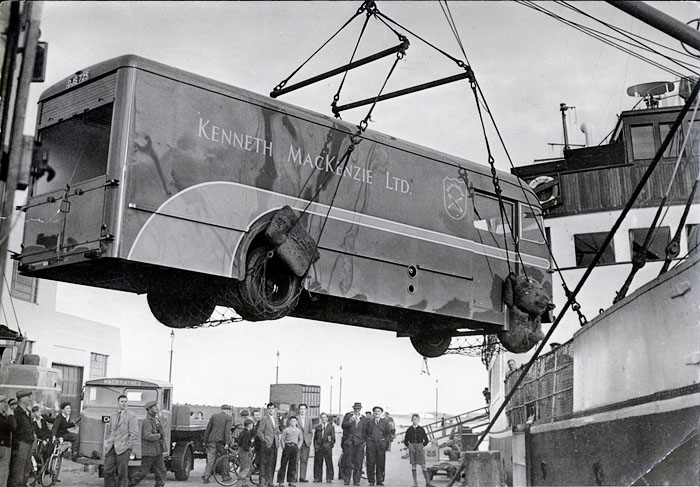 In 2012, in a scene eerily reminiscent of the one that took place at Stornoway harbour more than half a century earlier, the truck was once again hoisted into the air. It was taken from its resting place near the Lewis/Harris border by the Western Isles Transport Preservation Group. They acquired the vehicle with a view to carrying out a full restoration. I’ve not had any updates on progress since it was whisked away but fingers crossed, there’s a possibility we might see this piece of island history back on the roads of Lewis and Harris once again
. 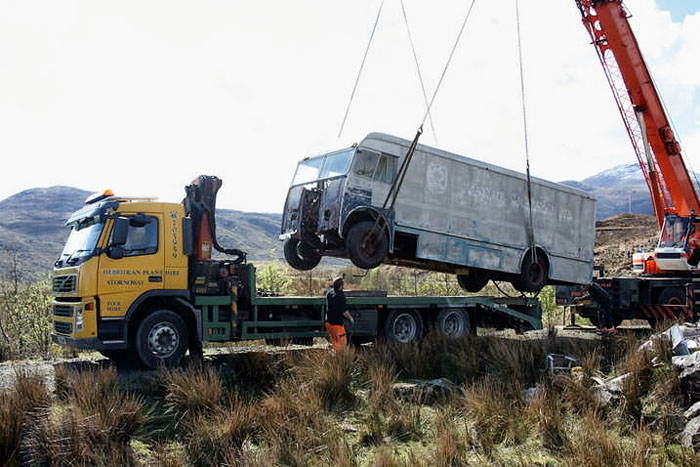 See you in February for Postcard #2

2 thoughts on “Postcard from the Outer Hebrides #1”