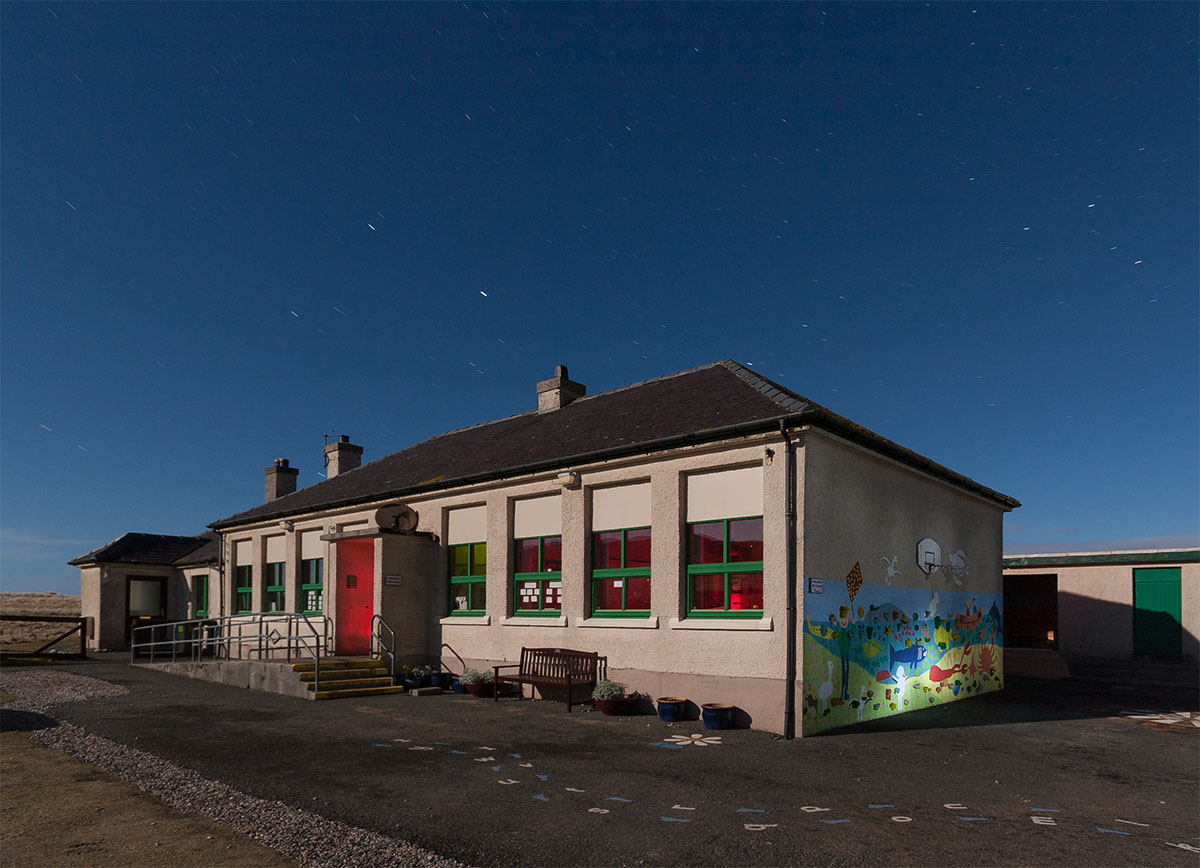 Seilebost school, on the west coast of Harris, celebrated its 70th anniversary earlier this month. Prior to their platinum birthday bash I’d been contacted by the school head, asking if they might use my night photo of the school (above) on a batch of commemorative mugs they were having made for their reunion get together, which would be attended by seven decades worth of pupils and staff.

It was a freezing cold night in March 2010 when I photographed the school. At that time, there were just 13 pupils. Moves were afoot by the council to close several of the less well attended schools throughout the Outer Hebrides. Seilebost was on that list. There followed an intense campaign by parents, staff and other interested parties to fight the threatened closure. In January 2011 the Scottish Govenment granted the school a five year reprieve, during which time the Seilebost campaigners claim they will have around twenty school age children in the area as part of their regeneration plan for West Harris. In a controversial move, Western Isles Council are taking the Scottish Government to court to challenge the decision i.e. they want to close the school and are prepared to waste tens of thousands of pounds of taxpayers’ money to do so. The court case is due to take place in the next few months.

Currently the school role stands at six, with no sign of new entrants on the horizon for the start of the new school year later this summer.

Whatever happens to the school, I’m pleased to have had a small involvement in their 70th anniversary celebrations. Over the years I’ve photographed a lot of abandoned and derelict buildings. Here’s hoping Seilebost School avoids that category for the forseeable future.

Standing in the corner of the playground is this rubbish bin. Could this be the rightful place for the council’s taxpayer funded closure bid? 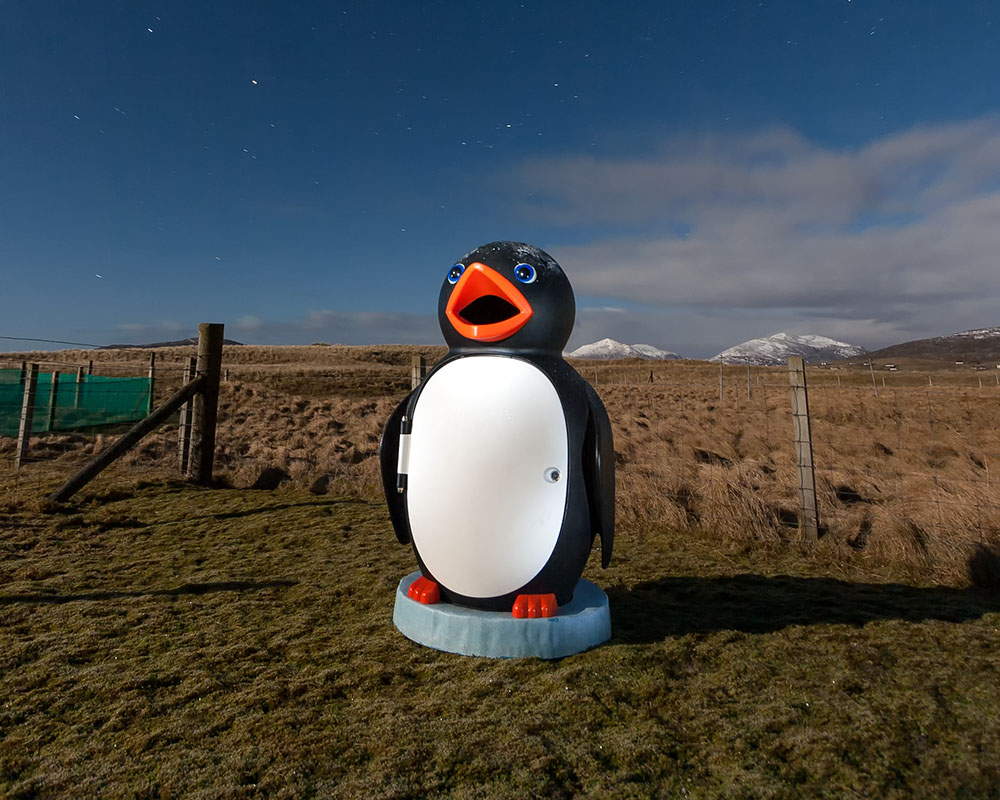 PS… there are various spellings of the word ‘Seilebost’.  The school mugs say ‘Shelibost’, whereas the local signposts use ‘Seilebost’. I’m not sure which is correct, or whether there is a definitive version?